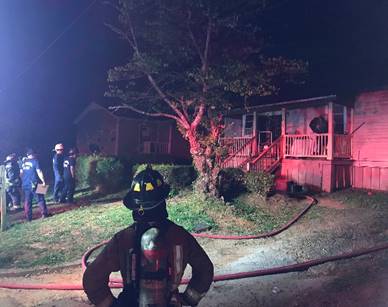 The LaGrange Fire Department put out a structure fire Monday night that resulted in more than $6,000 worth of damage.

According to a press release from the city, firefighters arrived on the scene of 210 Bell Street at approximately 8:45 p.m. and found smoke showing from the residence. The tenant told crews everyone was out of the structure and accounted for.

Firefighters entered the residence through the front door with a 1 3/4” handline to an adjourning room where they located the fire. They extinguished the fire then performed a primary search to ensure no one was left inside.

According to the press release, the fire was under control and extinguished at 9:04 p.m.

The cause of fire was determined to be electrical in nature.