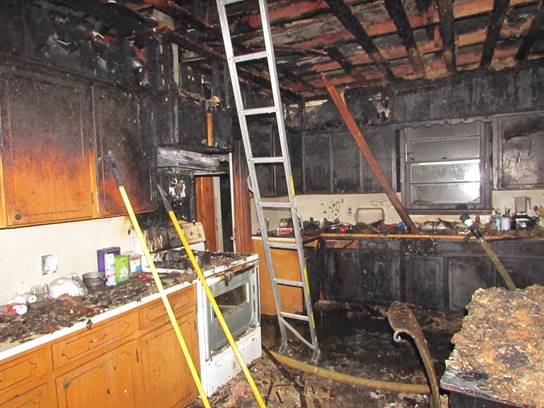 The LaGrange Fire Department responded to a structure fire on Williams Street at about 11 p.m. Wednesday night.

While firefighters were heading to the residence, telecommunicators reported the caller said a pot on the stove was on fire.

When first responded arrived, they found smoke coming from the gable vent on the side of the home. Firefighters entered the home through the back of the home and extinguished the fire.

A news release from the city said the fire was under control by 11:35 p.m.

There was significant fire damage to the kitchen as well as smoke and water damage to the remainder of the structure. Damage to the home and contents is estimated at $18,000.

There were no reported injuries.

According to the National Fire Protection Agency, cooking fires are the number one cause of home fires and home injuries. The leading cause of fires in the kitchen is unattended cooking.