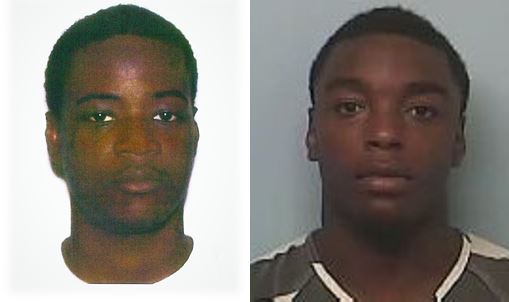 Two LaGrange men are wanted on aggravated assault charges for shooting into a vehicle on May 13, according to the LaGrange Police Department.

Kevin Martin, 19, and Dylik Smith, 17, are both facing two counts of aggravated assault and one count of possession of a firearm during the commission of a crime.

Authorities say at about 10 p.m. on May 13, officers responded to West Crovat Street due to shots fired into a vehicle.

According to Lt. Dale Strickland, the two victims in the incident visited a nearby convenience store and exchanged heated words with the two suspects. Later that same day, the two suspects returned to the store, and a second round of conversation ensued. When the two suspects got into their vehicle and stopped at the red light at the corner of Whitesville Street and Handley Street, two or three shots were fired into the car.

Police say the victims originally stated there was a group of five to seven black males nearby when the shooting occurred. Strickland said that police were able to identify Martin and Smith as the shooters based on witness statements and videos from the scene.

Martin and Smith have not been taken into custody, and Strickland said both men live in LaGrange. He said additional warrants have been issued for gang-related activity for both men.