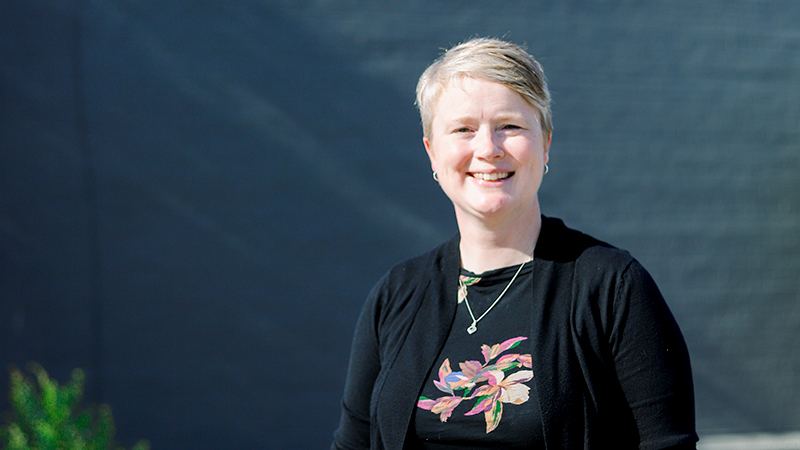 LaGrange native, Valerie Longshore-Sargent, 39, is a charter member of the Lafayette Theatre Company and has been with the Lafayette Society for Performing Arts for the last 19 years.

“About 10 years ago I started the theatre academy, which originally started out as a camp,” Longshore-Sargent said. “It is now a full range of classes for all ages.”

In addition to working for LSPA, Valerie has been teaching theatre at Harris County High School for the past 15 years.

“I am lucky because I have always lived in LaGrange, but I have also put roots down in Harris County,” Longshore-Sargent said.

Longshore-Sargent almost went a different pathway in college that could have taken her from the LaGrange area.

“Originally, I was going to Auburn to be a band director,” Longshore-Sargent said. “Then I got a scholarship to LaGrange College and decided to go there for just a year. I really ended up loving it and became a theatre major.”

Longshore-Sargent has been apart of more than 100 shows in her 19 years at LSPA as a director, performer, technician or designer.

“My favorite part about all of this is with the academy, I get to work with students from a range from second grade to high school,” Longshore-Sargent said. “What’s cool is that every summer I’ve gotten to watch them grow. They become young campers to camp counselors. They take what they’ve learned when they were a younger child, and then they also get to teach some younger children.”

Longshore-Sargent said she never sees the fun being taken out of her artistic outlet of theatre.

Under her direction, students have earned the highest honors at the Georgia Thespian Conference, Georgia High School Association (one-act and literary) and the International Thespian Festival.

“You just have to make sure you are doing it all for the right reasons,” Longshore-Sargent said.

“In the future, I see myself going into administration in our school. I want to stay helping students, but in a different way. As far as LSPA goes, I love directing shows and if other opportunities presented themselves I will certainly entertain those.”