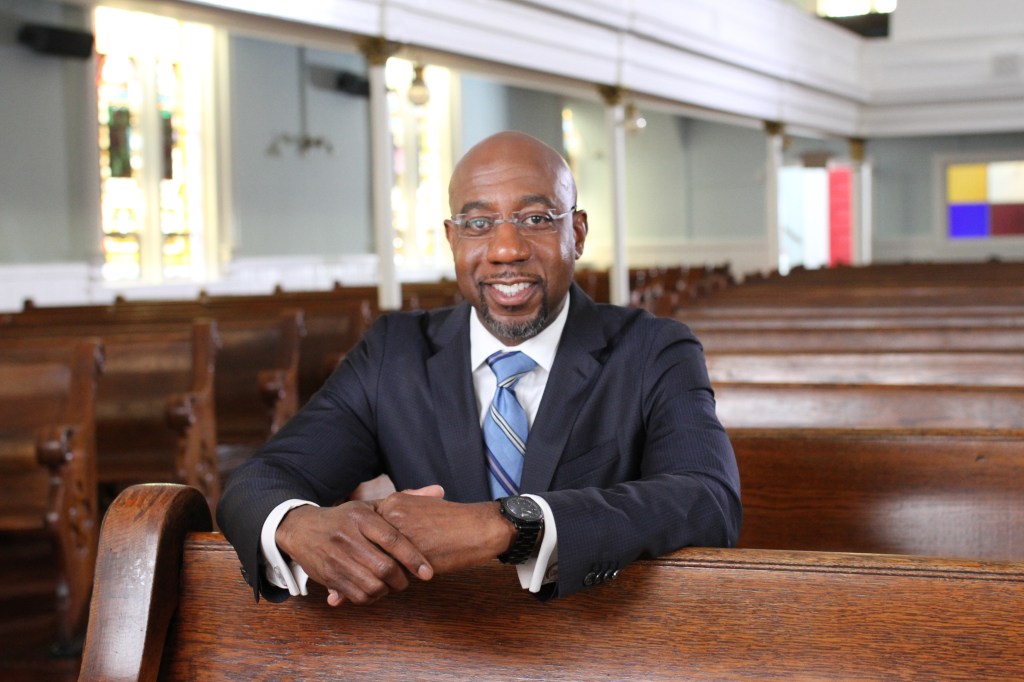 In November, Georgia voters will have the unusual opportunity to elect two U.S. senators.

Rev. Raphael Warnock is running for senate as a Democrat, and has the support of state party leaders such as Stacey Abrams and the late John Lewis, a host of Democratic senators and Georgia General Assembly members, as well as the Democratic Senate Campaign Committee and the Congressional Black Caucus. His main Democratic opponent is businessman Matt Lieberman, son of the former Connecticut Senator Joe Lieberman

“I’m entering the race to translate my work of activism and creative agitation into legislation,” Warnock said in an interview with The LaGrange Daily News. “I think this is an inflection point in our country. It’s a critical moment.”

Sen. Kelly Loeffler was appointed to Isakson’s seat in January by Gov. Brian Kemp. A special election in November will determine who serves out the rest of Isakson’s term until 2022, when another election will be held for a full, six-year term.

The special election is a “jungle primary,” meaning all candidates, regardless of party, will be on the same ballot. Should no candidate receive a majority of the votes, the top two vote getters will move to a January runoff.

Loeffler, a businesswoman, is a part-owner of the WNBA’s Atlanta Dream, and has come under controversy for saying she was against the Black Lives Matter movement and for wanting less politics in sports.

The players’ union has called for her to be ousted from the team, and others have worn shirts that read “Vote Warnock,” including the Dream’s own Elizabeth Williams.

Warnock said Loeffler was on “the wrong side of history.”

“It’s really sad that she has decided to try to make a movement for justice the issue rather than showing us what she might do in order to address the injustices that the movement is seeking to highlight,” Warnock said.

“We’ve seen this play before. That’s what the people who resisted Martin Luther King Jr. did.”

Warnock said he was honored to receive support from WNBA players and also praised the activism of NBA and NFL players.

“It’s unfortunate that someone who was appointed to try to give the people a voice is trying to use her enormous power as the wealthiest member of Congress and the owner of the [Atlanta] Dream to crush the dreams and silence the voices of the women who serve as her employees,” Warnock said.

Another central issue in the election is the COVID-19 pandemic. Warnock said that if he were in the senate, he would advocate for legislation that centers workers, not big corporations and the wealthy. The pastor said the economic recovery cannot succeed without getting cases and deaths under control.

“I would be standing up in a way that pushes back against those who are framing this issue as a kind of false dichotomy between saving jobs and saving lives,” Warnock said. “People are the economy. We have to get control over the public health epidemic and our refusal to do so is a reason why our numbers are going up while the numbers in other countries are going down.”

Warnock would like to see an extension of the Coronavirus Aid, Relief and Economic Security Act, and called for more unemployment benefits, small business protection, rental assistance and personal protective equipment production.

Asked what rural Georgians need most, he cited expanding Medicaid, a longtime goal of Georgia Democrats. Doing so would help rural hospitals, he said. Two rural Georgia hospitals have announced their closure in the past two months, bringing the total number in Georgia to nine since 2010.

Warnock added that hospitals are often one of the biggest employers in small towns.

Warnock outraised his opponents in the first two quarters of 2020. The most recent poll, conducted by SurveyUSA from Aug. 6-8, showed Loeffler at 26%, followed by Republican Rep. Doug Collins and Warnock at 17% each, and Lieberman at 13%.

A Warnock aide said his campaign was the only Democratic campaign with the resources to communicate across the state, and that it has invested $2.6 million in TV ads that started running this month.

The campaign has seen positive movement in its internal polling, they said.

Loeffler and her main Republican opponent, Rep. Doug Collins, have visited Troup County in recent months. Warnock did not say whether he would visit, but mentioned the challenges of campaigning during the pandemic.

“I think all of us have been challenged with the question of how do we move around the state, but in a way that is safe for everybody,” Warnock said. “We still have a little more or less than 70 days before the election, and the voters of Georgia