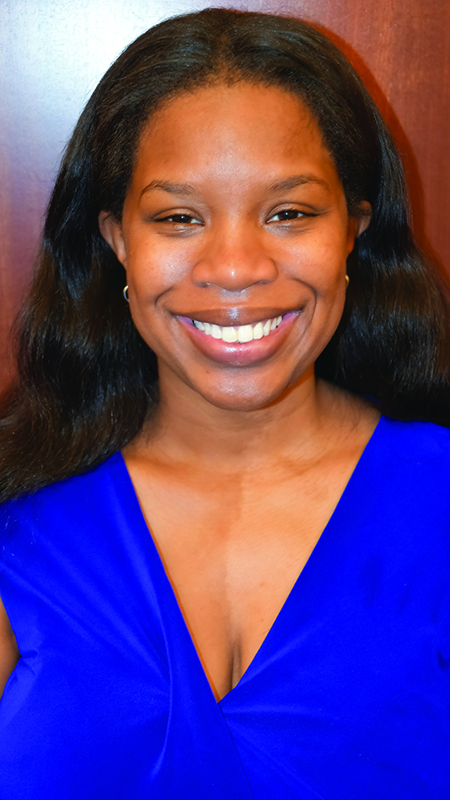 The Troup County Board of Commissioners announced the hiring of a new communications manager, Donna Williams, in a press release.

Williams comes from Columbus TV news station WRBL, where she has been the LaGrange Bureau reporter since March.

Before that, she worked at another Nexstar Media Group-owned station in Dothan, Alabama.

A native of Atlanta, she holds a B.A. from Clark Atlanta University and has worked in the communications industry for more than five years, the release said.

“We are extremely proud to have a person of her caliber join our team and to continue to build on the successes we have made thus far in being more transparent and more effectively communicating to the people we serve,” said County Manager Eric L. Mosley in the release.

As communications manager, Williams will be responsible for managing public information and media relations on behalf of the board of commissioners and its administrative departments.

She will also relay public information about the county’s goals, services, programs, events and initiatives to Troup County residents via the county’s website, social media and press releases.

In an interview, Williams said her goal for the position was to strengthen the relationship between the community and the county government.

Williams said the transition from being a reporter to working in government was partially spurred by the pandemic. She wants to focus on letting the public know what county resources are available for them.

“With COVID-19, I just wanted it to be more on the side of making sure the information is really out there, and also helping people, more so than storytelling, during this time that people are in need,” Williams said.

Working in Troup as a news reporter, she said, allowed her to get to know the community and build relationships.

She views both roles as public service.

“That’s a really big factor of being a public servant being out there, being in front of the community and also speaking and communicating with people,” Williams said.

The position was formerly occupied by Rachel Camp, who left in August to take a communications job with EMC Coweta-Fayette, a utility company.

Shortly after Camp’s resignation, the county lifted the hiring freeze on Aug. 18 to fill the position.

“This is the first time I think we’ve had somebody in this position and things have improved tremendously with our communication for our employees and the public,” said chairman Patrick Crews in a previous interview.