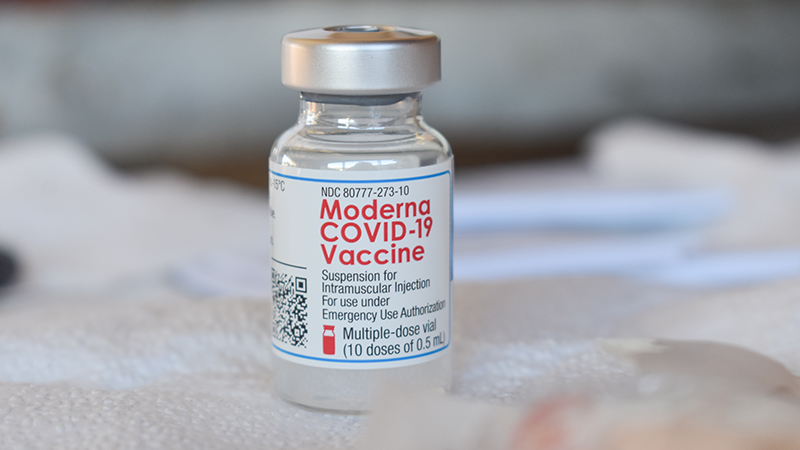 After opening up vaccination appointments for people in the 1A+ category, District 4 Public Health announced Wednesday that they have been answering thousands of calls from people seeking vaccine appointments. District 4 emphasized they do not take appointments through social media, email or in person at offices.

On the Facebook pages of District 4 Public Health and the Troup County Health Department, users have reported calling 100 times, only ever getting a busy line. Others who received a first dose have no way of scheduling a follow-up appointment due to the clogged phone lines.

Dean Thompson, a Troup County resident, said in an interview that he had called about 150 times since Monday before finally speaking to a human being and getting an appointment.

Most of his dials received a busy message.

“Once in a while, the line would pick up, and you’d get somebody, and it was like this moment of euphoria where you felt like, at long last,” Thompson said. “And they’d walk through the process, you know, ‘Press one if you’re speaking English,’ … about four or five things to go through, only to finally get to the point where they said, ‘We’re sorry, the queue is full, you’ll have to call back.’”

People can visit district4health.org/covid-19-vaccine/ for the latest updates in District 4.

Thompson’s appointment is scheduled for Feb. 10, but he’ll have to drive about an hour and 15 minutes to Barnesville, Georgia, to get his shot. It’s worth the trouble to get the vaccine, he said, but he pointed out that some elderly people lack the transportation means to do that.

“I was a little disappointed, because I felt like the Department of Health has known about this and had months and months to prepare,” Thompson said.

“They just have to keep trying. We’re doing the best we can with what we have,” Folden said.

Folden herself has been working the phones since Saturday, despite it not being one of her primary job responsibilities.

Those that do get into the queue, instead of a busy line, will be on hold until an employee can speak with them.

“The fact that we have this phone system that’s just totally bogged down and you really don’t know where you stand … they don’t have a system for even taking your name or calling you back. It just has put all the burden on us have to wait and call back and call back,” Thompson said. “I was a little flabbergasted they didn’t really even have an online, simple registration system. I mean they’re really in the dark ages.”

Over the weekend, DPH created an online form for eligible people to request appointments. Folden said DPH is calling people who filled out the form, which has since been taken down.

Folden said some people filled out the form multiple times and also called. When calling them back, DPH found that some had already scheduled appointments over the phone.

“So, we were duplicating efforts,” Folden said. “It made sense to use the team that was calling the people back to answer the phone instead.”

Joyce Morgan Young, a retired Troup County educator, was one of those people.

She filled out the form on Saturday.

Later, she heard from a friend that the form was taken down and that she should call the 800 number instead. She called several times Monday and Tuesday to no avail, but upon seeing availability in Butts County, called the county health department instead, securing two appointments for her husband and herself.

Later that day, however, District 4 Public Health called her because she had filled out the form. So, she made appointments with them instead.

Upon calling Butts County again to cancel, nobody picked up, so her sister who lives in Butts County cancelled their appointments in person at the county’s health department office.

Young’s just relieved to have an appointment, despite all the trouble. She advised others to have “persistence, and keeping your friends informed — because we’ve got quite a network of people that kept us informed — and patience.”

“I know that this must be a mammoth task. And while I’ve spent several days frustrated with this, I’m not angry or anything with them,” Young said. “And I’m not even overly frustrated with the personnel locally or anywhere else because … they’ve not ever had to do this kind of thing before, and they’re learning.”

So far, DPH has vaccinated 6,800 people in District 4 over the past three weeks, per Folden. According to state data, in 2019 the population of District 4 was approximately 876,500, meaning DPH has vaccinated about 0.78 percent of residents. County-specific data was not available, but the Troup County Health Department has received 900 doses of Moderna vaccine.

Asked if people who received their first dose should call to schedule their next appointment, Folden said “not yet,” and that DPH was still working on the process for how those would be scheduled.

Troup residents can try their luck elsewhere. Anyone who lives or works in Georgia can get their vaccine through any Georgia county, Folden said.

Troup County runs out of initial vaccine appointments within…