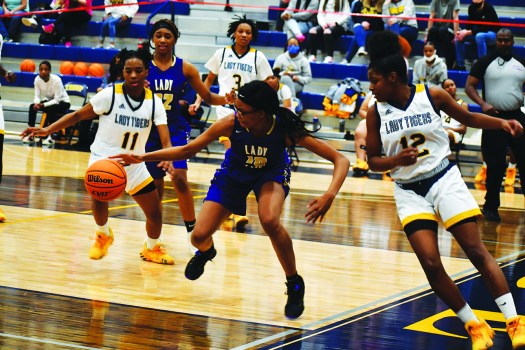 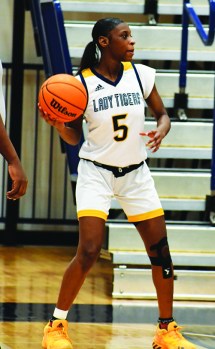 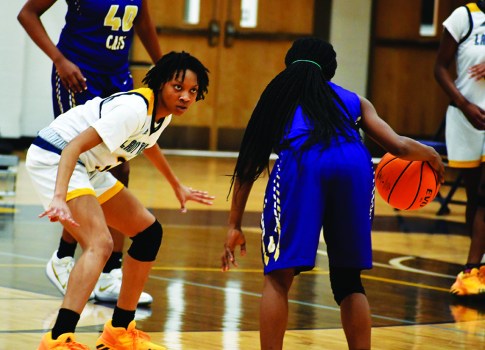 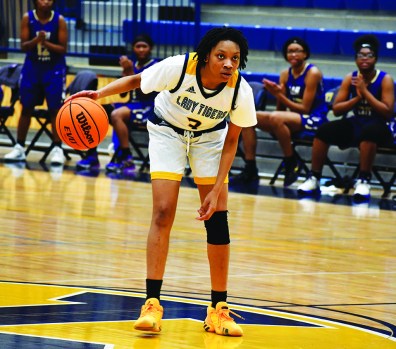 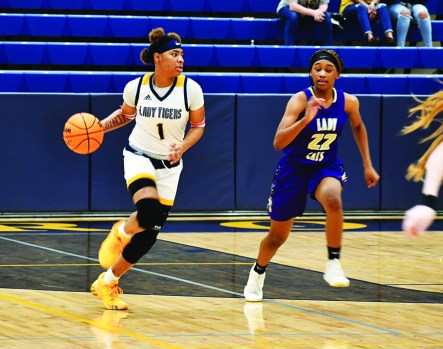 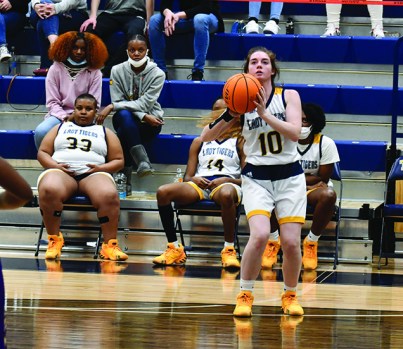 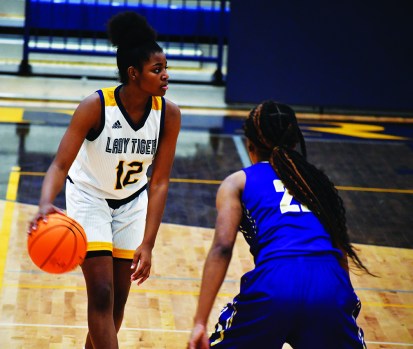 There was some late-game drama, but in the end it was a winning night for the Troup Lady Tigers, and that’s all that matters this time of year.

Bainbridge fought back from a 13-point deficit in the fourth quarter to get within five, but Troup held on for a 48-41 victory to advance to the third round of the Class AAAA state tournament.

Flowery Branch, which beat Marist in another second-round matchup, will host Troup next week with a berth in the state semifinals on the line.

The Lady Tigers improved to 6-1 in the state tournament over the past two seasons, and they’re two victories away from making it to the championship game for a second straight year.

Troup lost to Americus-Sumter in the 2020 state-championship game in Macon.

“You just have to find a way,” said Troup head coach Carla Thornton. “We can probably play better, but we’ll take it. We’ll get back to work.”

Junior Aniya Palmer, who like so many of her teammates was a key member of last season’s team, led Troup against Bainbridge with 17 points, with eight of those points coming in the first quarter.

Green is a senior and a four-year member of the varsity program, and she’s hoping she and her teammates can get over the hump this season after last year’s close call.

“We wanted to win the state championship,” Green said. “Unfortunately we lost, but hopefully we’ll get a second chance to go back and win.”

Green also knows there is a lot of work to do between now and a possible appearance in the championship game on March 10 in the Macon Coliseum.

“Right now we just have to stay focused and put in the work, and focus on one game at a time,” Green said. “We can’t look forward.”

Everything the players have been doing, Palmer added, has been all about preparing for this tournament run.

“We’ve been going hard at practice, because at this point it’s win or go home,” Palmer said. “Last year we didn’t finish our season off. This year, that’s what we’re coming to do.”

Troup started quickly in Friday’s game, surging to a 16-8 lead after the first quarter, and the lead grew to 32-15 at halftime.

Troup led by as many as 21 points in the second quarter, but Bainbridge hung tough and got within 17 points at the half.

The Lady Tigers struggled offensively in the third quarter and only scored four points, and their lead was down to 36-25 heading to the final quarter.

A Murphy jumper and a Weldon layup in the opening moments of the fourth quarter gave Troup a 40-25 lead, but Bainbridge didn’t go away.

Bainbridge got within five with 28 seconds left on a pair of Angel Peterson free throws.

Bainbridge only had one foul in the quarter at that point, so it had to commit five more fouls before Troup was in the bonus.

With less than 10 seconds to play Palmer was fouled, and she made both of her free throws to push the lead to seven, and Dowdell came up with a steal and the clock ran out.

It was a winning night, but with the competition growing tougher with each passing game, any lapses could prove costly.