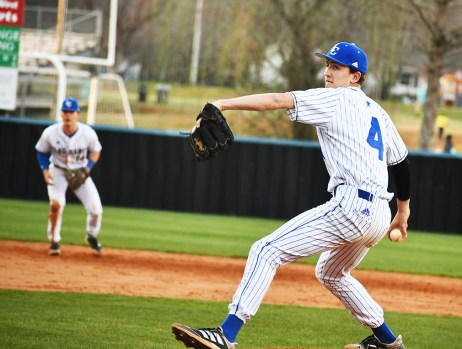 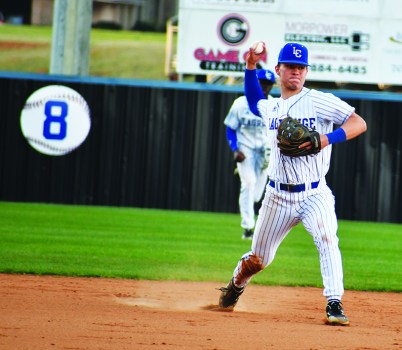 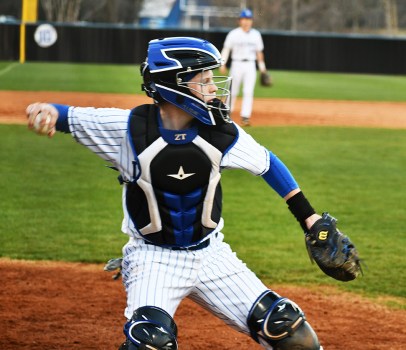 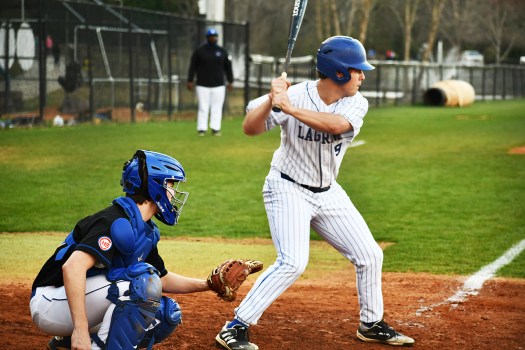 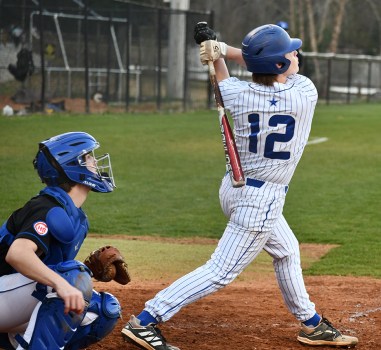 With what had been a seemingly comfortable five-run lead slipping away, LaGrange High’s Trevor Booton knew what he had to do.

Columbus scored three runs in the top of the seventh inning to get within two, but Booton stayed poised and got the final two outs to preserve a critical 9-7 home win.

LaGrange (6-6 overall) evened its Region 2-AAAA record at 1-1 while bouncing back from Monday’s 1-0 loss at Columbus.

Booton, a hard-throwing sophomore right-hander, earned the complete-game victory, and head coach Donnie Branch gave him the opportunity to finish the game, despite the seventh-inning struggles.

“It was big that Trevor finished,” Branch said. “He showed some guts.”

After Columbus scored its third run in the seventh inning, Booton got a big strikeout for the second out, and a groundout to shortstop Matthew Morgan ended the suspense and secured the win.

Booton said his plan for the final two batters was to “just go right after them with the fastball. Don’t put them on, let our defense work. That was the plan.”

Booton also knew Branch was placing a lot of trust in him by not going to the bullpen.

“That means a lot,” Booton said. “Coach Branch has a lot of faith in me.”

While Booton did his part on the mound, and he was backed up by an outstanding defense, the Grangers had one of their most productive offensive games of the season.

The Grangers finished with eight hits, and they scored in four of their six at-bats.

“We haven’t looked very good offensively against anybody,” Branch said. “Tonight, it looked like we had a plan, and we tried to do it. We worked really hard yesterday and before the game in batting practice to have a plan, and to execute it. And we did it.”

Senior Will Alford did his part with two hits, including a double, and he scored two runs.

Morgan had a hit and two RBIs and three runs scored, Turner Cook had two hits with an RBI, Zack Thompson had an RBI single, leadoff hitter Seth Stargell had two hits, two stolen bases in the same inning and two runs scored, Landon Tucker had an RBI, and Colton Esposito walked twice.

“I think that was the spark that we needed,” said Alford, who also got it done defensively in center field. “That was really the first game all year where everybody hit.”

The Grangers had to fight from behind early.

Medders had an RBI groundout in the inning, and Landon Tucker’s sacrifice fly brought Morgan home with the tying run.

The Grangers took their first lead of the game in the bottom of the fourth inning, with Seth Stargell driving in a run with a fielder’s choice grounder.

Columbus scored a run to tie it in the top of the fifth, but LaGrange scored two runs in the bottom of the inning.

Alford led off with a double and Morgan reached on a bunt, and Medders stepped to the plate and delivered a clutch two-run single, giving the Grangers a 6-4 lead.

Stargell led off with a single, and after stealing two bases, he scored on a Morgan base hit.

Two batters later, Cook’s single brought in another run, and Thompson capped the rally with an RBI hit, giving LaGrange a 9-4 lead.

Columbus made things interesting, but the night belonged to LaGrange.

LaGrange continues its region schedule with a game at Kendrick on Friday.