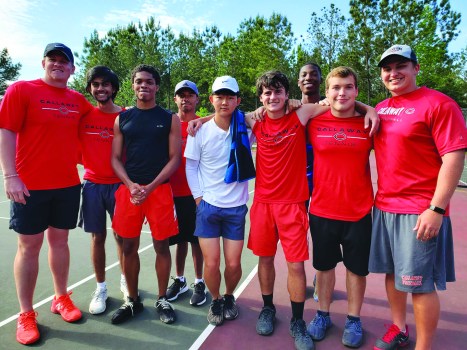 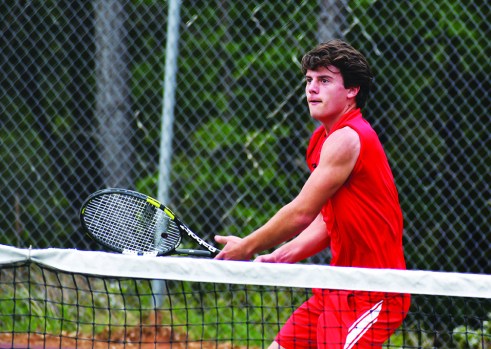 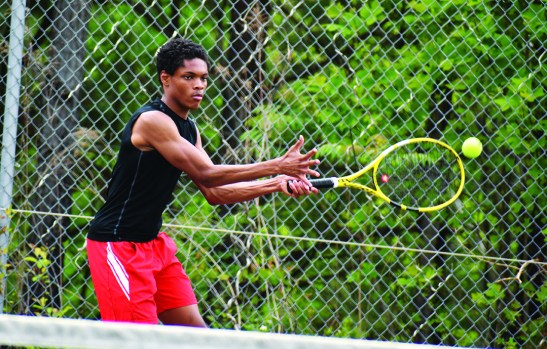 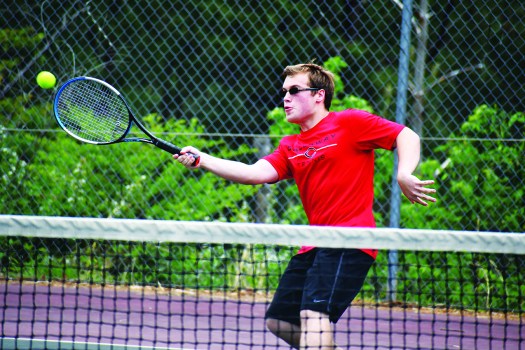 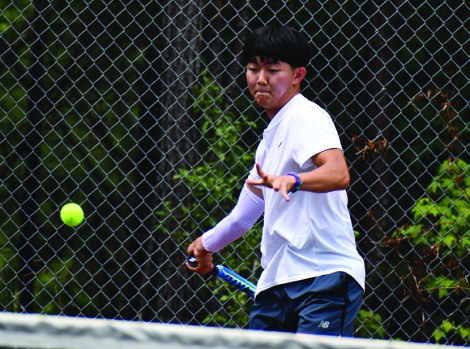 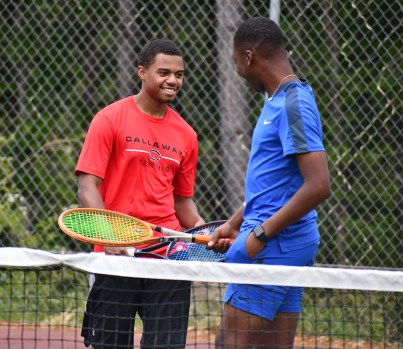 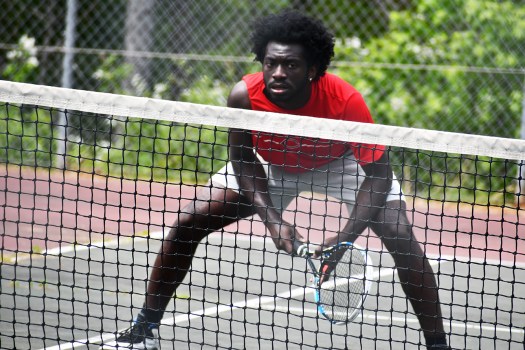 The pressure was on, but Callaway’s Matthew Martin was up to the challenge.

Callaway was matched up with Gordon Central in the second round of the Class AA state tennis tournament on Friday, and with each team having won two matches, it came down to the number three singles showdown between Martin and Tyler Bowden.

After they split the first two sets, Martin won the decisive third set 6-3 to propel the Cavaliers to the win and a spot in the third round.

“It means a lot,” Martin said. “These guys are my best friends, and these coaches, they love us all, and they’re always teaching us to do our best for every point. It means a lot that I was able to do this for us and move us on to round three.”

Callaway also got a win from Alex Cho at number one singles, and Caden Prather and Michael Jordan got it done at number two doubles.

There are four tennis courts at Callaway High, and all but one of the matches were played at one time.

Last on to the court was the number three singles match, and Callaway coach Jacob Brannen had a feeling it could end up determining the winner, and that is how it played out.

“That’s why I lined it up how I did today,” Brannen said. “I had faith that if Matt had to go at the end, he could get it done, and he did.”

Martin won the first set 6-4, but Bowden bounced back to win the second set 6-3, setting up the winner-take-all third set.

Martin dropped the first game of the third set, but he won the next four games to take a 4-1 lead, and he rolled to the win.

“Coming back (after losing a set), it’s kind of assessing what you did wrong and moving forward,” Martin said.

Prather wasn’t surprised to see his teammate come through with so much on the line.

“I put a lot of trust in him,” Prather said. “I didn’t feel any pressure. I wasn’t worried at all, because I knew he could pull through.”

Prather, a starting defensive lineman for the Callaway football team that won a state championship last season, joined the tennis team this spring and has been an effective doubles player while playing with Jordan.

“I look forward to coming to practice every single day,” Prather said. “It’s been a lot of fun. I’ve been making a lot of memories.”

Brannen wasn’t sure how he would line up his doubles teams coming into the season, and he’s glad he had Prather and Jordan on the team.

“Prather and Michael Jordan, they were two guys you didn’t know if they were going to play at the start of the year, and they come out and do that,” Brannen said.

LaGrange’s other win came at number one singles, with Alex Cho doing what he always does, and that’s win.

Cho started a little slowly before taking control, and he won 6-3, 6-1.

“I really had to keep telling myself to just calm down,” Cho said, reflecting on his sluggish start. “You’re playing with the ball, not the person.”

At number two singles, Callaway’s Sir-Michael Johnson lost 6-4, 6-4, and that was his first setback of the season.

“It wasn’t his best day, but he’s such a hard worker,” Brannen said of Johnson. “He’s always getting kids out here to hit.”

Callaway will be on the road against Early County on Tuesday.