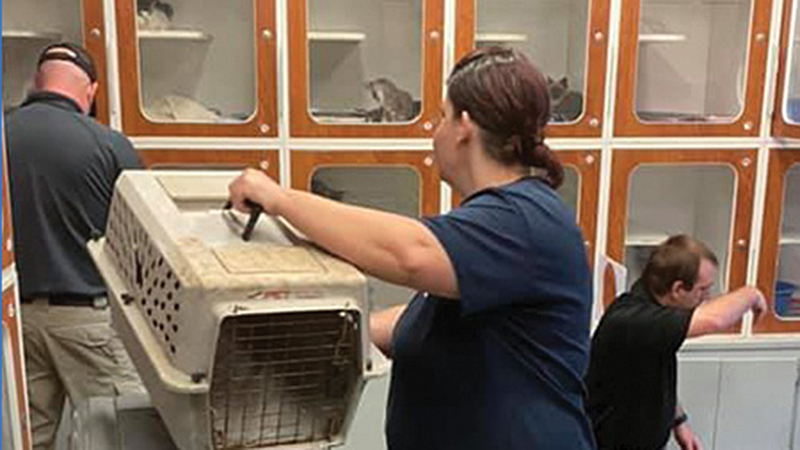 City of LaGrange Animal Services recently assisted Meriwether County in a hoarding investigation that recovered approximately 45 to 50 cats and kittens, according to a press release from the city of LaGrange.

LaGrange Animal Services and the Harris County Humane Society are currently hosting several of the recovered cats. The Humane Society in Atlanta is stepping in to assist as well, said George Richmond, director of the Meriwether County Animal Shelter.

Twenty-five cats were recovered in a Meriwether mobile home Tuesday. Officers on the scene Thursday recovered at least ten more cats and kittens and are still in the process of recovering more, Richmond said..

The cats that have been collected so far are in good health despite some respiratory complications. Cats that are too feral to be adoptable will be sent to Meriwether County’s Trap, Neuter and Release program, Richmond said.

Eight of the cats will be available for adoption next Wednesday, May 12 at the LaGrange Animal Shelter once they are fixed and have their shots.

Man killed in accident on Highway 18

Callaway bounces back with big win

LCS lights up scoreboard in victory