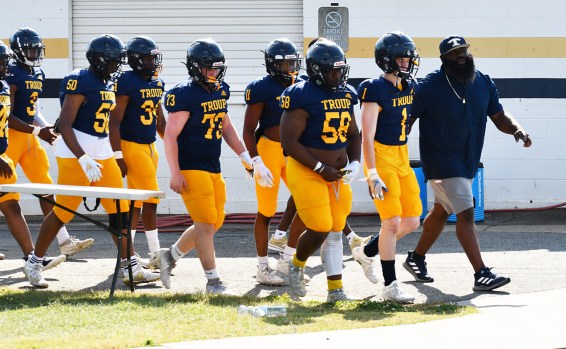 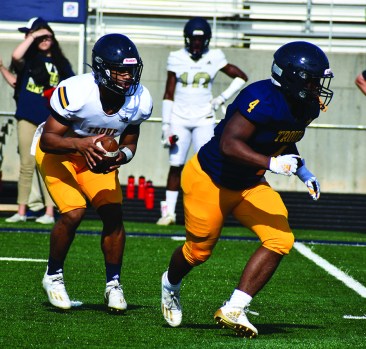 They’re off and running.

With a new football season set to begin in less than three months, the Troup Tigers kicked off their summer program on Monday morning.

More than 100 combined players from Troup as well as Long Cane Middle School gathered at the school for a workout and a weight-lifting session, kicking off a summer program that will continue until July 27 when teams make the transition to official preseason practice.

Glisson has been pleased with the turnout so far, and he feels it’s also important to have the middle-school players come to the high school and get a glimpse of how things are done.

“Coach Wallace will be our new head middle-school coach, so getting them up there and getting them acclimated is good,” Glisson said.

The Tigers, like every other team in the state, are well ahead of where they were a year ago this time.

Spring practice was canceled in 2020 because of COVID-19, and teams weren’t permitted to start summer workouts until June 8.

There was about a three-month period where teams couldn’t get together, so everyone was playing from behind when things finally got started last June.

Flash forward a year and the situation is drastically different.

The Tigers have been able to have a normal offseason, including spring practice, and Glisson and the other coaches aren’t having to play catch-up like they were a year ago.

“The thing about this year compared to the last COVID year, is we were able to have spring practice,” Glisson said. “Those two weeks plus the spring game, you feel like you’re in good shape. It’s been a little more back to normal, a little more emphasis on the weight room, instead of worrying about hurrying up and getting them in shape, and hurrying up and getting things installed.”

The Tigers had a memorable 2020 season that included a whirl-wind stretch where they played three games in eight days to end the regular season.

Troup finished that busy stretch with a 32-29 loss to Carver in the Region 2-AAAA championship game.

Troup had a double-digit lead in the fourth quarter, but Carver rallied and scored the go-ahead touchdown with seconds remaining.

The loss dropped Troup to the number four spot in the region, and it lost to Benedictine 42-35 in the first round after taking the lead through three quarters.

“We were one play away from beating Carver for the region championship, and were leading Benedictine going into the fourth quarter,” Glisson said.

Ultimately a few key plays late in those games meant the difference between winning and losing, and the Tigers will hope for a different outcome if they’re in a similar situation this year.

“We’ll continue to try to learn from it and get better,” Glisson said.

There is plenty of reason for optimism as the Tigers look ahead to a new season.

While there are some key players who’ll need to be replaced, Troup has a dynamic core group of players coming back, including sophomore quarterback Taeo Todd, and sophomore defensive lineman Qua Birdsong, who both enjoyed breakout freshman seasons.

Todd, in fact, was named the Region 2-AAAA offensive player of the year after running for more than 1,500 yards and finishing with nearly 2,500 combined yards in 11 games.

The Tigers have plenty of work to do before they jump into a new season, and the summer program is a key part of that process.

While the summer program mostly consists of morning workouts and practices, the players do have some other activities they’ll be participating in, including seven-on-seven competitions, as well as padded camps against other schools.

Many of the players will also be visiting college campuses for camps and recruiting trips, something they haven’t been permitted to do for more than a year.

It wasn’t until June 1 that on-campus recruiting visits resumed, and Troup’s players will be taking advantage of that throughout the summer.

“We’ve got so many going to prospect camps,” Glisson said. “When June 1 opened up, that was the first time colleges could get them on campus in a long time, so they’re wide-open.”

The Tigers will be full-speed ahead, with the exception of the week of July 4th, which is the Georgia High School Association-mandated dead week.

There was also a dead week the week of Memorial Day, and high-school teams aren’t permitted to hold organized activities.

The Memorial Day dead week is a new addition this year, and Glisson believes it is a welcome change.

“(The GHSA) and the coaches got together, and we realize that if somebody else is working, I’d better be working, too,” Glisson said.

“What we found out is coaches weren’t taking a break, and these dead weeks help the players and coaches.”