Busy day of hoops at CHS 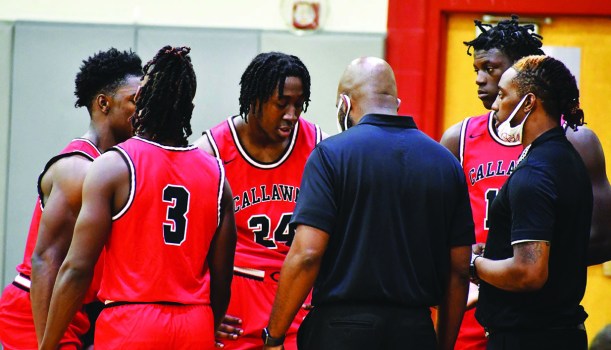 Callaway High’s gym will be hopping on Thursday with six basketball games scheduled, including five involving teams from Callaway and LaGrange.

Both Callaway teams, along with the LaGrange Lady Grangers, will play two games apiece.

Each game will feature two 20-minute halves, and if a game goes to overtime, the first team to score wins.

Callaway’s teams are coming off successful seasons that included region championships and wins in the state tournament.

The Lady Cavaliers won the Region 5-AA title before advancing to the third round of the state tournament.

After beating Union County and Chattooga in the state tournament, Callaway’s season ended with a loss to Washington County.

All of Callaway’s key players will return, possibly setting the stage for another big season.

The Cavaliers also captured the Region 5-AA title, and they beat Union County in the first round of the state tournament before losing a 57-56 heart-breaker to Columbia in the second round.

After surviving that close call, Columbia went on to play for the state championship.

While the Cavaliers lost some key players, including seniors Demetrius Coleman and Javontay Boddie, head coach Andre Johnson knows expectations will be high this season.

“After losing in the second round by one to the team that played for state, a lot of people have us picked to make it to the elite eight, to the final four,” Johnson said. “Like I told them, when the expectation is set high, you can believe a lot of people are going to go against you pretty tough.”

The Cavaliers are in the midst of a busy summer schedule that includes games, as well as workouts at the school.

Also participating on Thursday are the LaGrange Lady Grangers, who made some positive strides last season.