Cavaliers getting work in during summer 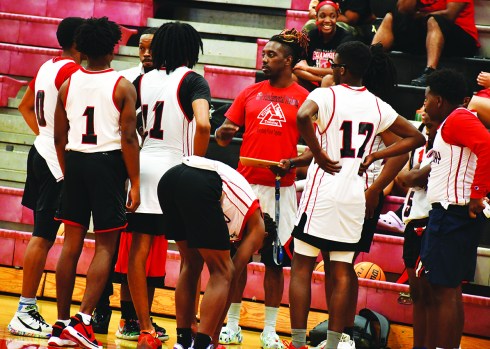 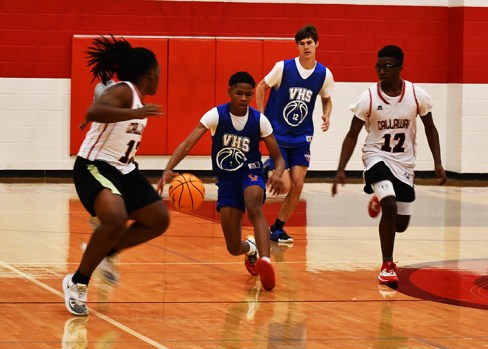 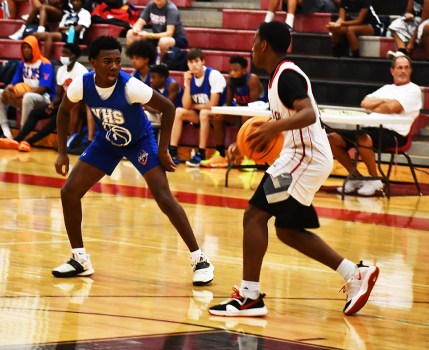 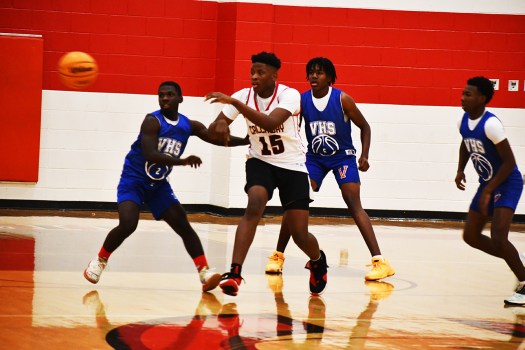 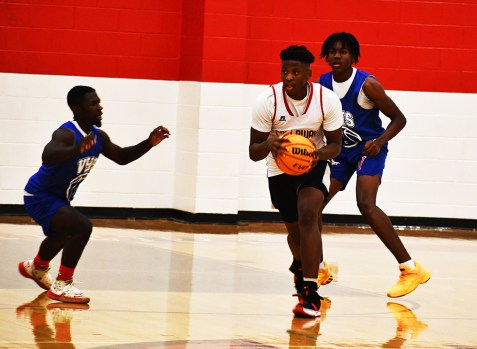 In less than four months, the Callaway Cavaliers will begin playing for keeps when a new basketball season gets underway.

For now, the Cavaliers are in the midst of a busy summer schedule, and while the scoreboard is turned on, the stakes aren’t nearly as high as they’ll be in a few months.

With that in mind, Callaway head coach Andre Johnson is using the summer exhibition games as a way to get a look at as many players as possible, including some who will be making their high-school debuts in November.

One of the incoming freshmen Johnson is keeping his eye on is Bryceston Sanders, the younger brother of former Callaway High standout Braylon Sanders, who is a wide receiver at Ole Miss.

“We got a lot of younger people like Bryceston Sanders. He’ll be coming up to the ninth grade,” Johnson said. “Getting him up to par is big. Once he sees the speed, he sees it’s different from middle school, so we’re getting him adjusted. He’ll be able to help the JV and the ninth grade very well.”

Sanders will join a program coming off a successful 2020-2021 season that ended with a 57-56 loss to Columbia in the second round of the Class AA state playoffs.

After winning the Region 5-AA championship, Callaway thumped Union County 65-42 before losing a close one to a Columbia team that lost in the championship game.

Some of the players who helped the Cavaliers enjoy a big season have graduated, including Javontay Boddie, Demetrius Coleman and Jalin Shephard.

There are some gifted players returning, though, including Kaleb Salter, Exavious Reed, DeShun Coleman, Cameron Smith and Jimmie Dukes.

While everyone will be available in November, some players aren’t playing in the summer as they focus on their academics.

“The guys that are missing, I told them not to come today,” Johnson said last week as Callaway played Valley and Manchester. “We’re trying to get them focused on their grades. A lot of them are finishing up classes because of COVID. I told them don’t worry about playing. It’s grades first. We’ve still got more than enough players. Academics is most important.”

As for the players who have been on the court this summer, Johnson likes what he’s seen.

“Our guard play is going to be a whole lot different. They’re young, but they can shoot it,” Johnson said. “And the one thing I see with this team, they play well together.”

In addition to the games, the players are working on their strength in the weight room.

“The weights are the most important part, especially in the summertime,” Johnson said. “I’m even going to devote an hour after football practice every day to non-football players in the weight room. It’s going to show up and help.”