He was called “Mr. Anonymous, Jr.” I thought about him the other day, after I read the U.S. Department of Justice has launched a statewide investigation into Georgia’s prisons, focusing on prisoner-on-prisoner violence and whether the state is violating inmates constitutional rights by failing to adequately protect them. This past week, members of the Georgia House Democratic Caucus Committee on Crisis in Prisons, held their own hearings as well.

The more things change, the more they remain the same. Long before Tom Murton became warden of the Arkansas prison system in 1968 and discovered massive abuses in the system that led to his dismissal – He was the inspiration for “Brubaker,” a fictional account of that incident and portrayed by Robert Redford –Dr. Philip Robert Weltner was getting himself arrested in Campbell County (now a part of Fulton County) and placed on the chain gang.

But I submit Philip Weltner undercover work back then was a lot more dangerous than in today’s 24-7 news cycle and social media blather. He was one of a kind. I was honored to know him.

Dr. Weltner was the father of the late Georgia Cong. Charles Longstreet Weltner, a Democrat, who represented the Atlanta area in the U.S. House of Representatives from 1962 to1966.

Charles Weltner was one of only two Southern members of Congress to condemn the 16th Street Baptist Church bombing in Birmingham in 1963 that killed four girls and injured a number of others.  He was the only member of the state’s congressional delegation (and the only Democrat from the Deep South) to vote for the Civil Rights Act of 1964. He was liberal when that was not a popular position in our state, to state the obvious.

In 1966, Cong. Weltner refused to run for re-election when the state Democratic Party demanded he sign a loyalty oath that would require him to support Lester Maddox’s gubernatorial campaign against Republican U.S. Rep. Howard “Bo” Callaway.

Weltner said, “I love the Congress, but I will give up my office before I give up my principles.” And he did. Cut from his father’s cloth.

Charles Weltner later became a judge in the Fulton County Superior Court and then an associate justice of the Supreme Court of Georgia. In June 1992, he was elected chief justice. He served just a few months before his death in August 1992.

Dr. Philip Weltner was also the father of Callender Weltner Dorsey, a Steel Magnolia of the first rank. She was married to Jasper Dorsey, who became vice president of Southern Bell’s Georgia operations and a valued mentor to me. So was Callender, although she suffered fools poorly, and I tried not to give her a lot of opportunities to suffer.

An unabashed Roosevelt New Dealer, Philip Weltner clashed many times with segregationist Gov. Gene Talmadge and had a role in scuttling Talmadge’s senatorial campaign against Richard Russell. He was a social reformer, ahead of his time.  He worked tirelessly for prison reform, juvenile justice, public education and race relations.

In 1933, Dr. Weltner was named the second-ever chancellor of the University System of Georgia and later president of Oglethorpe University in Atlanta, from 1943 to 1953. When he arrived, Oglethorpe was unaccredited and facing serious financial problems. When he retired, the school had been reaccredited and was in solid financial shape.

Dr Weltner was a close associate of philanthropist, Robert Woodruff who was known as “Mr. Anonymous,” and who financed so many long-lasting projects including the Memorial Arts Center in Atlanta with the quiet help of Dr. Philip Weltner. Hence, “Mr. Anonymous, Jr.”

So why am I telling you this? Kids today are all about tearing down our past and are no doubt blissfully ignorant of the good works of giants like Dr. Philip Weltner who came before them.

They need to do their homework and understand there is right way and a wrong way to do things. History has shown he did it right.

He used his pickaxe for good. 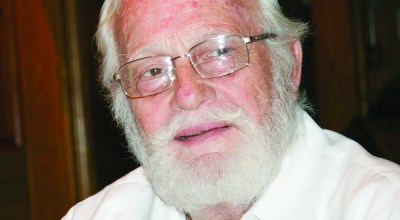