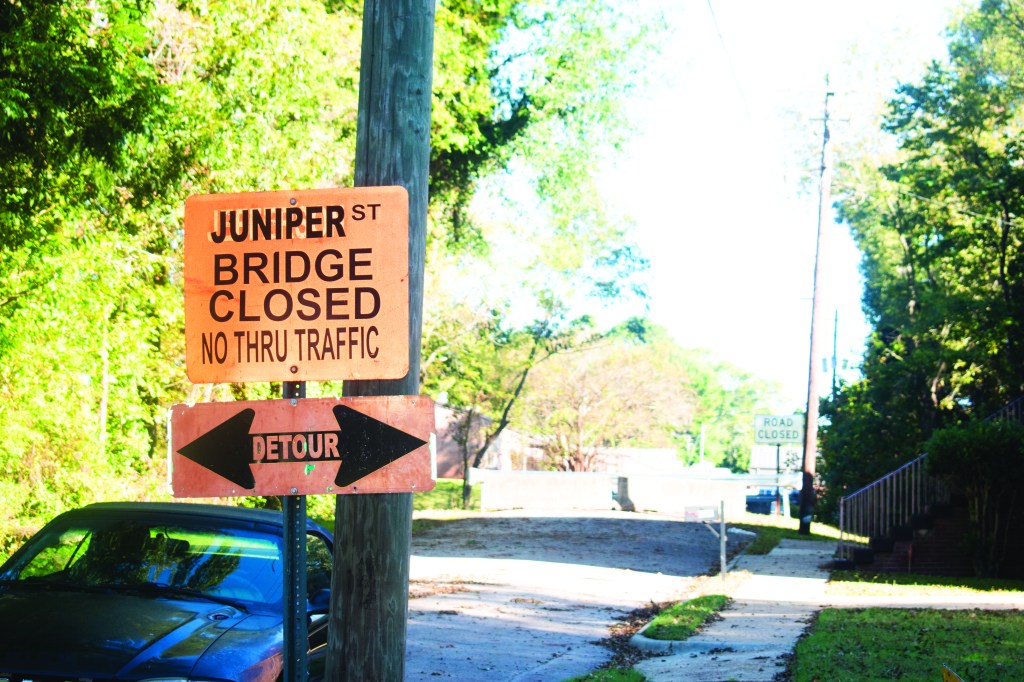 LaGrange lost an eyesore of a landmark last month as workers with CSX Transportation demolished the Juniper Street Bridge in central LaGrange.

“The railroad came to us about eight months ago asking us if they could take the bridge down due to the safety concern,” said LaGrange Deputy City Manager, Bill Bullock.

The bridge, which previously connected Juniper Street above the area’s railroad tracks, will not be rebuilt or replaced by another structure or bridge for the time being, he said.

The timber bridge, which is owned by the CSX Transporation, has been out of commission for vehicle use for over ten years, according to LaGrange City Council meeting minutes dating back to 2010.

The minutes state that the Georgia Department of Transportation felt that the bridge fell below the safety standards set forth in federal law.

Council approved the permanent closure of the bridge, though pedestrians in the area were permitted to walk across it until recently.

According to InfoBridge, a database of bridges from the U.S. Department of Transportation’s Federal Highway Administration, the bridge was built in 1945 but was not eligible for the National Register of Historic Places. The bridge was last inspected in Sept. 2018 and received a condition rating of “poor.”

The bridge, according to the database, has been in fair and poor condition in its inspections since the 1990s.

The portion of Juniper Street that the bridge previously sat on is closed to pedestrians and barricades are set up at the road’s entrance. Pedestrians are advised to use Oak Street as a detour.

Per InfoBridge, it was the oldest bridge in Troup County before its demolition.