Graduation rates released: See how TCSS stacked up against the state 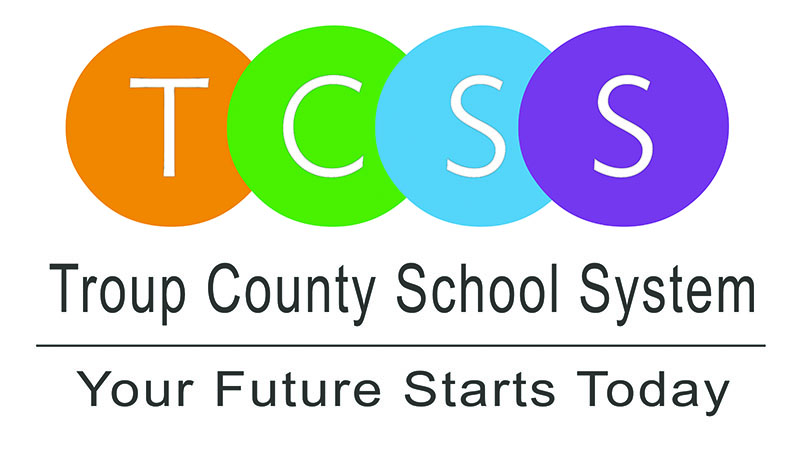 The Troup County School System’s graduation rate remained above the state average for the fourth year in a row, though it remained relatively the same as last year.

Callaway High, which was touted for setting a new school record last year, saw its rate drop from 91.2% to 84.7%.

“We are very proud of the outstanding efforts of our high school staff members as the Troup County School System continues to outpace the state of Georgia in graduation rates,” said Superintendent Brian Shumate in a press release. “While we have much work to do, let’s take a moment to celebrate these successes as we all have navigated a pandemic and everything that came with it. It truly took a village to make this happen and we congratulate our staff, students and their families as well as thank our community for the unbelievable support.”

The TCSS graduation rate has been 84% or above four years in a row, according to data provided by the school system. Overall, over the last five years, TCSS has seen its graduation rate increase by 8.97%.

LaGrange High’s graduation rate has climbed in six of the last seven years. Troup High’s 88.9% graduation rate this year was the highest its been in at least six years, while Callaway’s number dropped close to where it was in 2018, a down year after several years of seeing the number rise.

The total number of graduates in Troup County last year was 729 out of 849 possible, per GDOE data.

TCSS also released subgroup data, which is only reported by the Georgia Department of Education if there are 15 or more students in a cohort class.

A total of 93.8% of Asian students graduated, 86.9% of Black students, 86.2% of White students, 78.7% of Hispanic students and 78.6% of Multi-Racial students. Black students have seen their graduation rate rise every year since at least 2015, an increase of nearly 20 points in that timeframe, according to TCSS data.

Economically disadvantaged student graduation rates increased from 79.1% to 81.7% in 2021, though it’s warned the data may not be comparable to previous years due to all students receiving free meals last year. Therefore, all students who fit into that category may not be accounted for.

TCSS’ graduation rate was fairly average when compared to nearby counties and counties of similar size. Heard County (93.5%), Harris County (92.1%) and Coweta County (89.3%) had higher graduation rates, while Griffin Spalding County (83.5%), and Meriwether County (81.6) were among those with lower rates than TCSS. 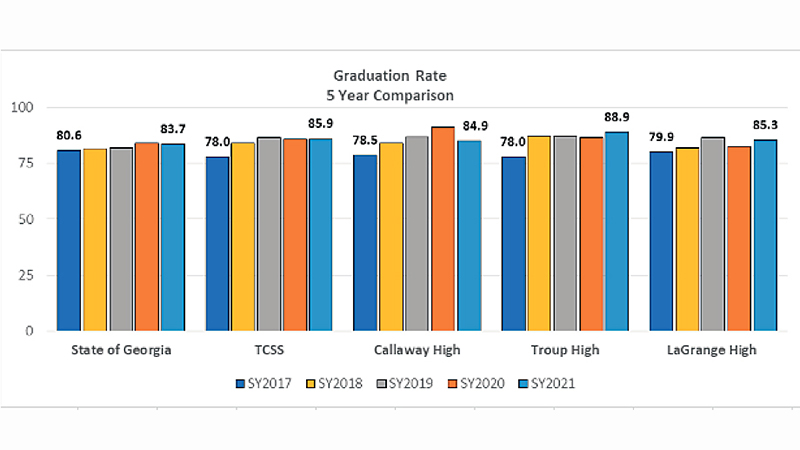