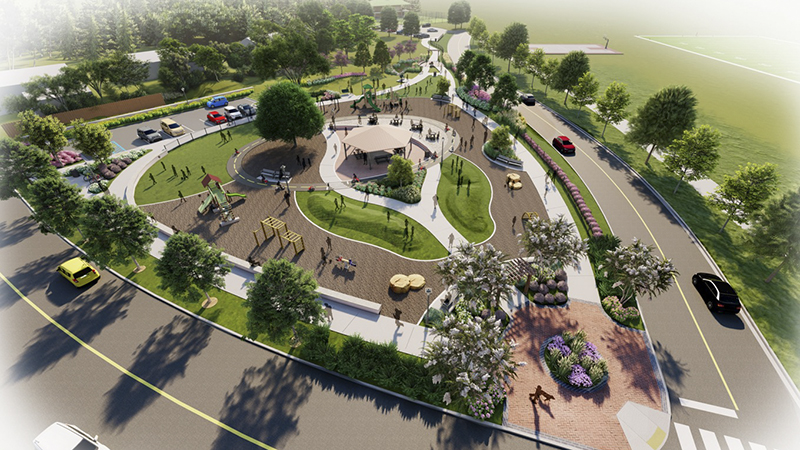 The City of LaGrange will begin two major park renovation projects in the coming weeks as part of a larger goal to renovate local parks per the Master Parks Plan created in 2019.

The two parks to be renovated first are Granger Park and McGregor Park, a new park that currently has a temporary name.

City Manager Meg Kelsey emphasized in a press release the importance of the parks and their renovations for the city of LaGrange.

“We believe parks are essential to the fabric of our community and provide a multitude of benefits. The LaGrange City Council is committed to providing high-quality parks for its citizens and guests,” Kelsey said. “Our vision is to create unique spaces which provide personal health, visual beauty and attract both local and tourist visitors. The city council is committed to revitalizing our city parks and realizing this vision.”

Granger Playground will be updated to include a more direct connection to the Thread and new equipment for children.

This new playground will feature a “tike track” and picnic pavilion as well. This project will be funded through SPLOST funds.

The other park renovation project is a replacement park of the popular Union Street Park, which was acquired by Georgia Department of Transportation during the Hamilton Road widening project.

The space for the new park, temporarily named “McGregor Park” until it is officially named, will be located off Hamilton Road, bordered by Colquitt and Brown Streets.

The council approved buying a parcel of land at 517 Hamilton Road for $25,000 across from the future construction site at its regular meeting Tuesday. This area of land will be for “public use,” Kelsey said.

Currently behind the planned park is in front of the Childcare Network, a building housing Head Start services. The city currently has plans to tear down a city-owned building near the Head Start building. Due to the park currently not having plans for a bathroom facility, Council Member Nathan Gaskin inquired Tuesday if the building could be utilized as a bathroom facility for the park, but Kelsey said it couldn’t due to state guidelines.

Construction is now mobilizing but has been delayed due to supply issues.

“As we recognize there is much work to accomplish, we have focused on a small number of projects as early priorities,” said LaGrange City Manager Meg Kelsey.

Mayor Jim Thornton emphasized that improved parks have been on the city’s mind over the years and that COVID-19 placed a renewed importance on providing quality parks to the public.

“For several years, we’ve heard requests from residents for improved parks, and then Covid really demonstrated the importance of park space,” Thornton said.

“Earlier this year, as part of the SDS negotiation, the city decided to take back control of the parks that had been managed for many years by the county recreation department. Part of that decision involved a strategic commitment by the city to invest substantially in the parks. I think the residents of LaGrange will be pleased with these improvements.”