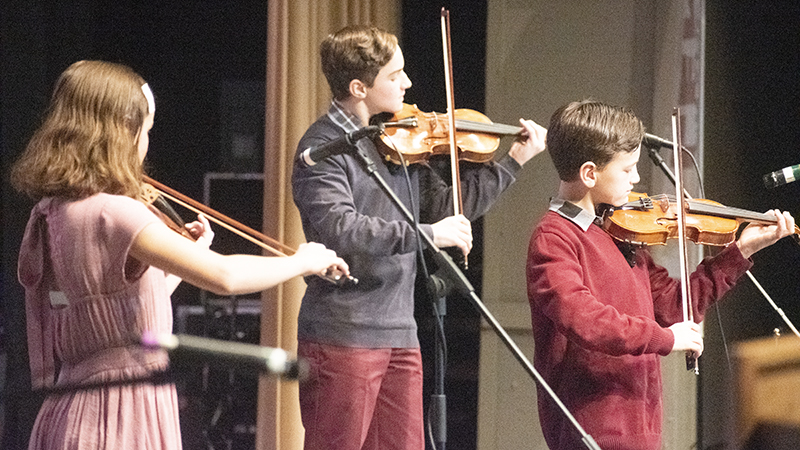 LaGrange Has Talent named its 2021 winner Thursday. Although you could argue the biggest winner was early childhood education, thanks to all of the money donated through the fundraiser.

The finals were held at Troup County High School and ten acts sang, played and danced their hearts out for the grand $2,000 prize.

Taking home the grand prize this year was sibling violin-playing trio Kite Strings, who won over the judges and the crowd with a comedic, yet riveting performance.

Eighteen acts in total, which held no age limits, sent their submissions to be considered.

Participating in the finals night were the following:

This is the fourth year that the Magnolia Society and United Way have hosted the talent competition, where locals compete for the $2,000 prize and the People’s Choice award, all while raising money for local literacy programs Babies Learning on Course for Kindergarten Success [BLOCKS,] United Way’s Success by Six and Get Troup Reading.

As of Friday, Melissa Miller, Chairman for LaGrange Has Talent said the total amount of money raised is still being counted.

LaGrange Has Talent was canceled in 2020 due to the pandemic, but the 2019 winning musical group, Peasants with Pitchforks, returned to dazzle the crowd with a pre-show performance of “Take on Me” by A-Ha and “The Middle” by Jimmy Eats Worlds. The group features Eli Glisman on drums, Tolan Bailey and Calder Thurman on guitar, Lucas Wilson on keyboard, Coulter Nicholas on bass and Brooklyn Painter and Jack Hurd as vocalists.

The show also included special performances by former winner Charlie Key, who sang Frozen’s “Show Yourself” and Dolly Parton’s “Jolene,” as well as Connie Askew, who performed “Everything” and “The Greatest Love of All.”

Students, staff recognized by school board