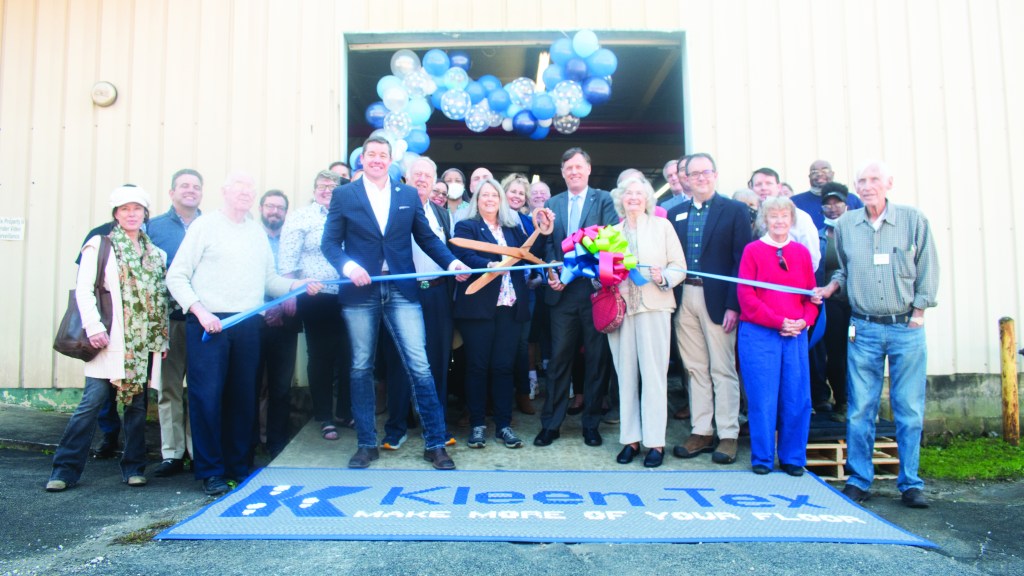 The Howard family has had several decades of back and forth with the warehouse space they own on Lukken Industrial Drive, a space that held its Kleen-Tex mat business. Last year, the Howard family bought the building once more and is once again is making it the local home of the business.

“It was divine intervention,” said Jocelyn Howard Scott, KleenTex’s general manager. “We were looking for a place to call our manufacturing base. We looked in West Point, Hogansville, we even considered [Tampa, Florida] but in the end, we found out this building was available, and it had some meaning for us.”

Kleen-Tex is headquartered in Atlanta and has several overseas locations, but LaGrange acts as both the original location and the U.S. base of operations, said Bruce Howard, Kleen-Tex’s CEO and manager and Scott’s brother.

The warehouse was originally built in 1976, when Ralph Howard, Bruce and Jocelyn’s father, first founded the company.

In 2008, the company switched its focus to running its overseas operations, Scott said, and sold its North American business.

Last year would be the third time the company would return to the Lukken Industrial warehouse location.

“We’re starting small, and we’ll have some assistance from our overseas partners, but as we grow we’ll take on more of the manufacturing business,” Scott said.

Friday acted as Kleen-Tex’s open house and as a sort of reintroduction of it into the community.  The business creates durable, machine-washable house mats that are customizable and currently has the capacity to offer 20 to 30 jobs.

“We are really proud of our family to be able to offer these job opportunities back into the community of LaGrange,” Howard said. “We’re so happy to be back here. We want to continue to grow into a company that LaGrange can be proud of.”

Like many industrial companies in the area, Kleen-Tex had some difficulties due to staffing shortages. However, the company is seeing better turnout, Scott said.

“Because people were familiar with the name Kleen-Tex, we have several employees here that used to work [for us] in the past,” she said. “There’s a lot of knowledge in this town for mat manufacturing, so we have a highly-qualified staff.”