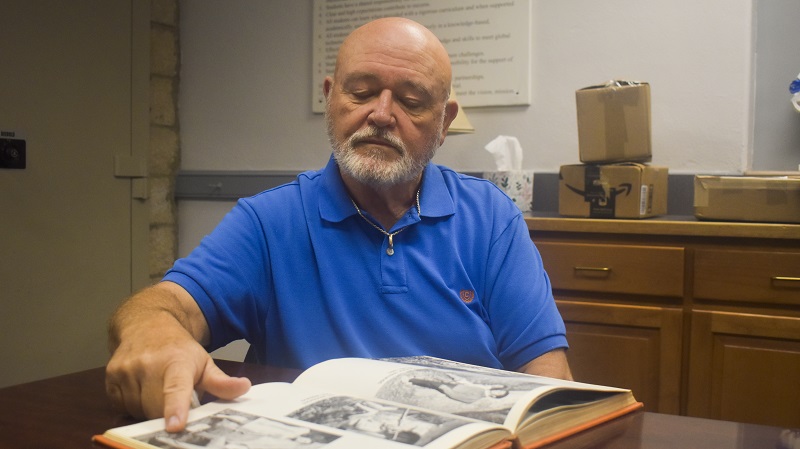 Steve Earles still remembers the days he spent at LaGrange High School alongside Kyle Clinkscales. Earles remembers the turmoil that stretched through him, his fellow classmates and the Troup County community for decades after Clinkscales disappeared from their lives that Tuesday night in 1976.

“We never thought it would take this long,” he said. “We thought they were going to find the vehicle or something. But right now, there’s some peace.” 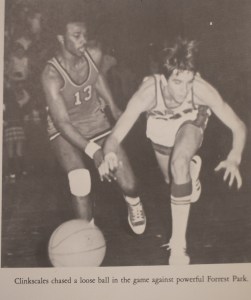 Clinkscales plays a fierce game of basketball alongside a classmate at LaGrange High School.

Earles, like Clinkscales, is a LaGrange native and graduated in 1971 with over 200 other students.

LaGrange was a very different, quieter town during this time, he recalled, but not unaffected by the outward turmoil facing the country.

Earles remembered the brighter moments of those days like sports games and penny-poker games with Clinkscales and their friends. He remembered his and Clinkscales love for sports, particularly baseball and basketball. But Earles also remembered Clinkscales’ sense of kindness and his ‘witty’ smile. Following high school, Earles recalled how Clinkscales began to express a sense of independence, wanting to pay for his own education after dropping out of college and re-enrolling.

“Kyle was a kind, witty kind of classmate,” he said. “Everybody loved him. Kyle was someone I always thought would really make something big of himself. He just had a good way with people. He could just talk to them and make them feel comfortable around him. He had a few girlfriends; all the girls loved him. I’m sure he would have been a good father once he settled down some.”

Earles moved to the Atlanta area following his graduation and lost contact with many of his classmates after that, Clinkscales included. Earles recalled that the last time he spoke with Clinkscales was a few months before his disappearance.

“We exchanged jokes and just talked a little bit,” he said.

Clinkscales disappeared on Jan. 27, 1976, following the end of his shift at the Moose Club where he worked as a bartender. On Tuesday, Dec. 7, 2021, his car was pulled from a creek in Chambers County, an area Earles said, to his knowledge, Clinkscales wouldn’t have taken.

“My first reaction, knowing the route [the car] was on was, what was he doing there?” Earles said. “It’s not the normal route back to Auburn. Interstate 85, in the 1960s, early 1970s wasn’t even finished between here and, I think Grantville, toward Newnan. It stopped below LaGrange, but it was finished in that area of I-85 going toward Auburn. So, his route from the Moose Club would have been to go down West Point Road, Highway 29. So, this route was off the beaten path, so to speak.”

Through the years, Earles and his classmates swapped theories of what happened to Clinkscales, he recalled that 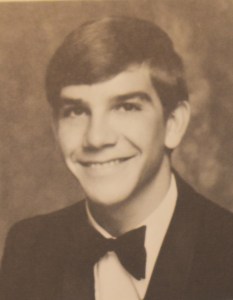 nothing indicated to him that Clinkscales was in danger or that he did not have intentions to return to school.

“I remember his mother saying that he had his fresh laundry with him to take back to school,” he said.

Earles said he regretted not keeping in touch with the Clinkscales but was thankful that many of his other classmates did.

In the days following the discovery of Clinkscales car, Earle and classmates continued expressing gratitude for an end to the mystery that has drifted over their lives for over 40 years.

“It’s been a mystery, and right now we at least know where his car is,” Earles said. “We’re not really sure what happened to him, but we’ll just leave that to the law enforcement to figure that out. We’re ready for closure and the real truth.”