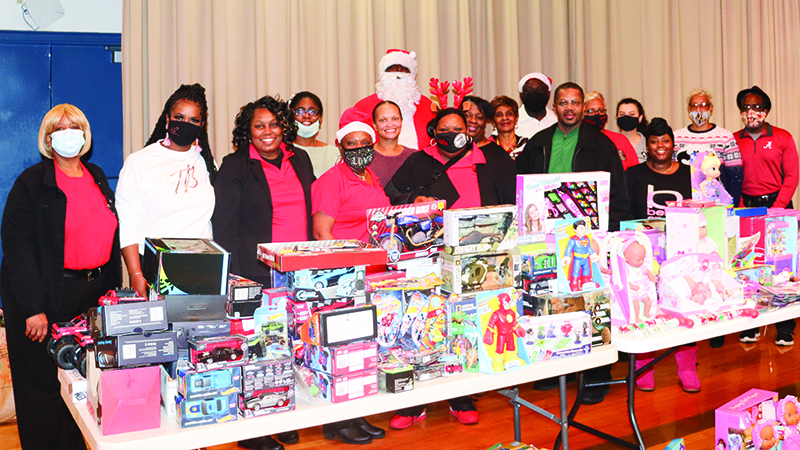 Members of various nonprofits in LaGrange presented the children of Berta Weathersbee with presents for the upcoming holiday season. Each child received three toys to take home.

Fifty students from Berta Weathersbee received toys from Santa and local nonprofits on Friday before the school let out for the holidays. The nonprofits brought in Santa to read “A Charlie Brown Christmas” before they gave out the presents.

Stephanie Ford, CEO of Area in Need, helped coordinate the visit and said it was the first year of their toy giveaway.

“Today, we are doing our first annual Christmas tour giveaway here at Berta Weathersbee. We are going to bless 50 kids. They should be able to get at least three toys a piece,” Ford said. 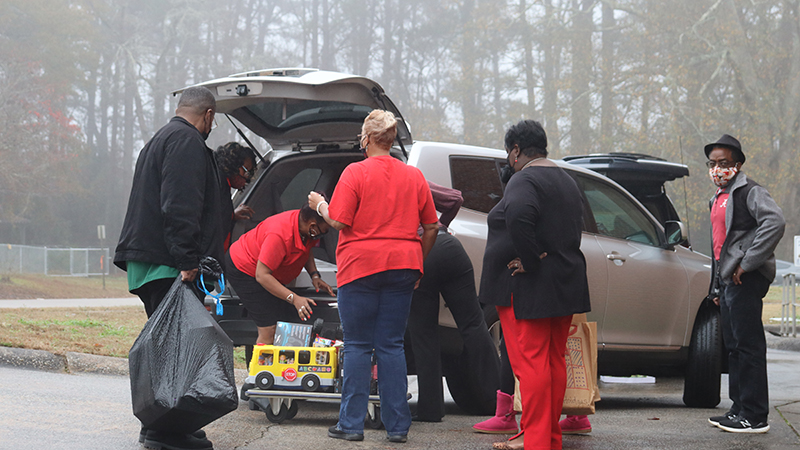 Upon arrival at Berta Weathersbee, members of the community helped unload the toys into the auditorium for the students. (Photo/Iris Hersey)

“I have my entire board here from LaGrange and from Atlanta. We are going to bless the socks off these kids today.”

Maxine Ferrell-Bailey, vice president of the LaGrange Area in Need, said the effort to help the kids at Berta was a part of a much larger mission of the organization. She said Area in Need and its partners aim to help the homeless adults and children in the community. The nonprofit currently goes to Motel Six to feed and provide toiletries for residents.

“We go out there and do the toiletries and feed them once a month. But tomorrow will be the last day for Motel Six,” Ferrell-Bailey said.

Although they will not be at Motel Six in the new year, Ford said the nonprofit plans to aid LaGrange around town and will continue to put on community events for those that need their help.

“We are going to get the people from Motel Six to come to Berta on the fourth Saturday of every month. So then that way they still have service,” Ford said. “January or October are the only two months that we don’t go out… We start back up in February. So in February, we’re going to be at Berta Weathersbee and Amberwood Assisted Living.” 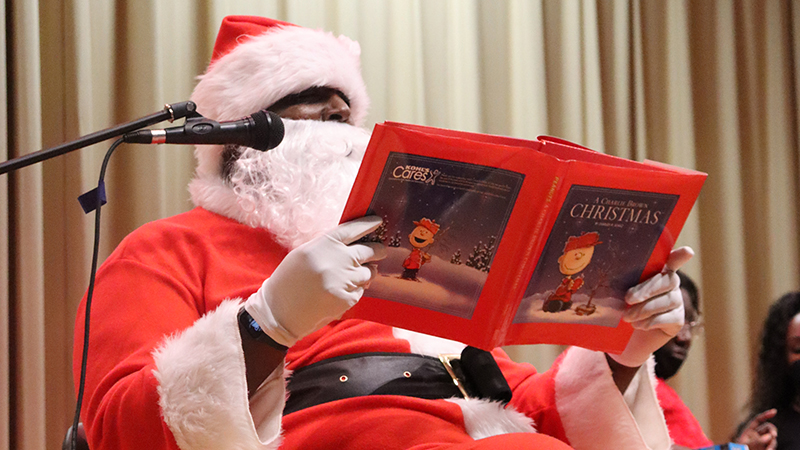 Santa made a guest appearance at the toy drive and read Charlie Brown Christmas to the students. After, the students were able to pick their toy and talk to Santa. (Photo/Iris Hersey)

‘They’re our neighbors and that’s what we’re here for.’…