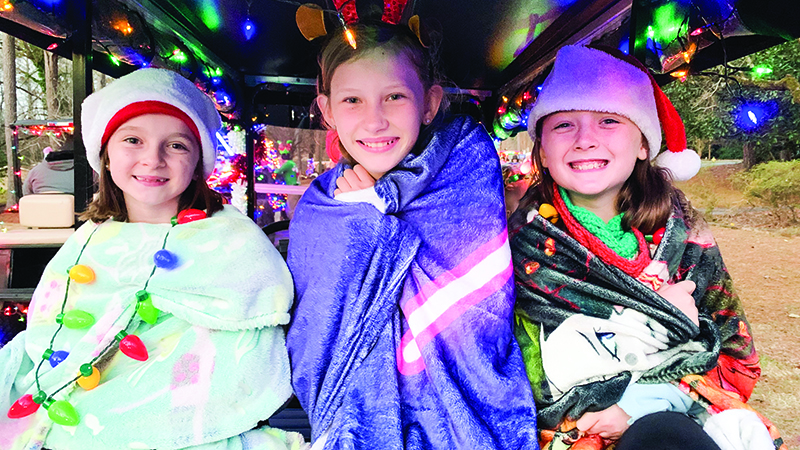 Twenty or so golf carts, took to the road in the Flower Streets on Sunday, Dec. 19 for the neighborhood’s annual golf cart Christmas parade. While the event was originally set for Saturday, it was rescheduled due to rain. This event is an annual tradition that allows residents of the neighborhood to celebrate the holiday season together.

Jen Close, the organizer and founder for the event, said she was inspired to do it by her father.

“My dad lives in a golf cart community, and they do a little parade. I just kind of have suggested, ‘Hey, y’all want to start that? since we all have a lot of golf carts.’  Everybody was excited about it. So we did it, we’ve been doing it ever since,” Close said.

Each family or neighbor in the parade decorated their cart to their liking and showcased their holiday spirit.

“We all had kind of individual music going. I think a few carts did,” Close said. “There was one that was decorated with a snowman. That was pretty good. We had a Grinch-themed golf cart. We had lots of inflatables this year like on the back of golf carts.”

The neighborhood had the event last year, but made sure to do it safely during the pandemic.

“We actually had about 27 golf carts last year,” Close said. “We did not meet before, but we definitely social distanced 100%.”

Jessica O’Neal, a resident in the neighborhood, said her family looks forward to the event, and she loves the time spent with her neighbors.

“Our neighborhood golf cart Christmas parade is something our entire family looks forward to each year,” O’Neal said. “The time spent catching up with neighbors, laughing at funny decorations, and yelling, ‘Merry Christmas!’ to everyone we pass are traditions we will always cherish.” 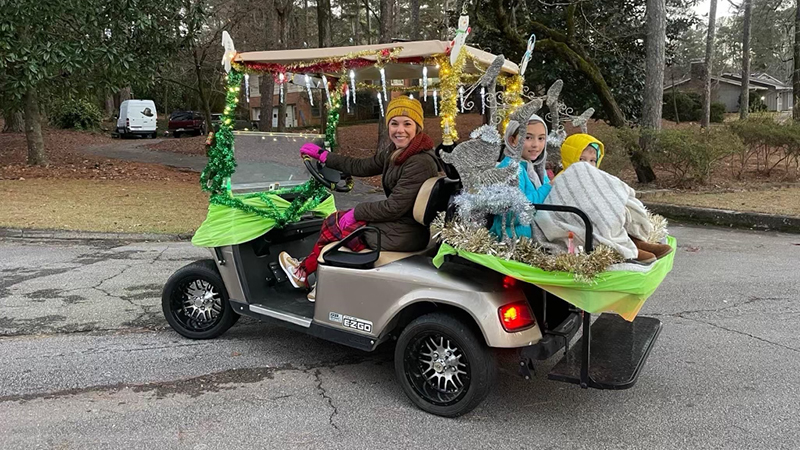 Jessica O’Neal posed for a picture with her children, Baker and Adler, during the golf cart parade. (Photo/Contributed)