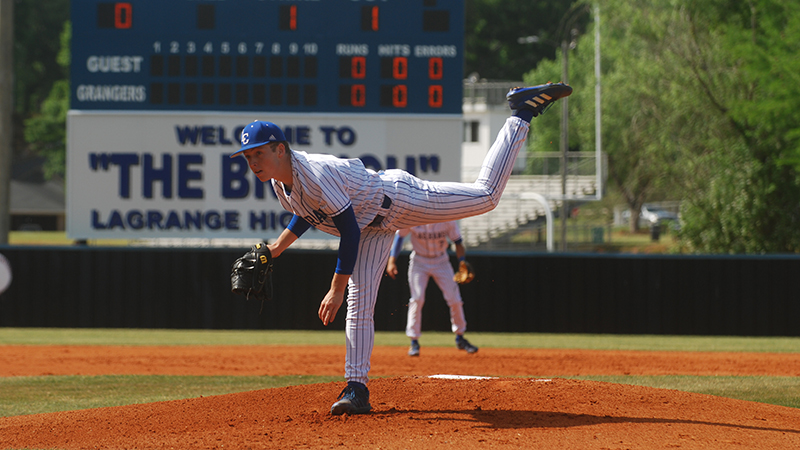 The Grangers got off to a good start with a 6-2 victory in game one.

In that game, Flowery Branch took a quick lead in the top of the first inning when they plated two runs.

The Grangers did not answer back until the bottom of the second inning when starting pitcher Trey Cook hit a RBI single.

The score stayed in this deadlock until a furious Granger rally in the bottom of the sixth. Gryson Cockrell tied the game with a RBI single with two outs. Preston Pressley singled to drive in two more runs to give the Grangers their first lead of the game. Cook delivered from the plate once again to help his cause as he hit a two-RBI double to give the Grangers a 6-2 lead.

Down to its final three outs, Flowery Branch could not pull off the rally and the Grangers took game one in the best of three series.

Cook was dominant on the mound after a bit of a shaky start in the first inning. He pitched a complete game with seven strikeouts and only four hits allowed.

Cook was also the star for the Grangers at the plate. He went 2-for-4 with a team leading three RBIs. Pressley also had a solid game going 1-for-2 with two RBIs, a walk, and a run scored. Cockrell led with two runs scored as he went 1-for-3 and a RBI.

The Grangers did not fare as well in the second game as they fell 6-3 to force a game three.

LaGrange actually took a quick 2-0 lead in the first, but this would be its only lead of the game. Seth Stargell got the scoring started for the Grangers as he hit an inside the park home run. Colton Esposito delivered a RBI single later in the inning to give the Grangers the 2-0 lead.

Flowery Branch struck back quickly with three runs in the bottom of the first inning before adding another run in the following inning.

LaGrange cut the lead to one in the top of the fourth on a Cook RBI single.

Flowery Branch added a run in the fourth and fifth inning respectively to take a 6-3 lead that the Grangers could not make a dent in the rest of the game.

Esposito was the brightest offensive spark for the Grangers in the game as he had the only multi-hit game for the Grangers with a 2-for-4 one RBI state line. Cook and Stargell both had a hit to go with a RBI apiece.

Trevor Booton got the start on the mound for the Grangers and pitched a complete game with nine strikeouts on nine hits and five earned runs.

The Grangers will face Flowery Branch in a game three at Granger Park at 5 p.m. on Wednesday with the winner advancing to the quarterfinals. 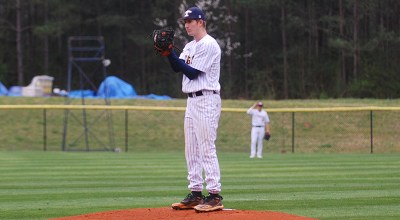 Cavs season comes to an end in the second…