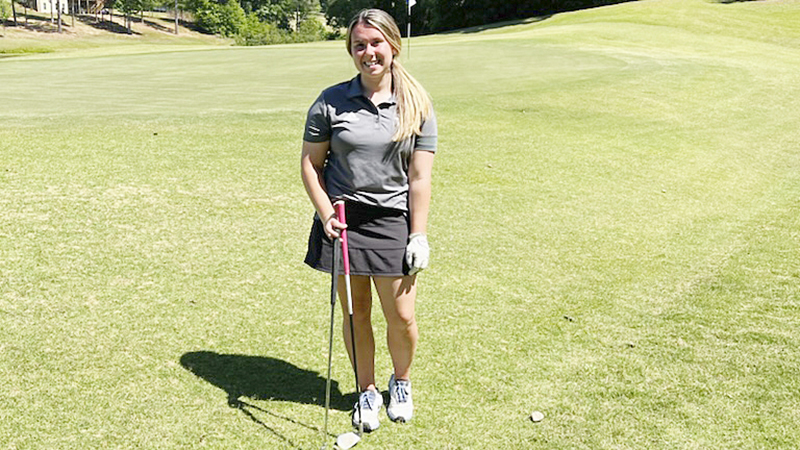 Macee Stone, a senior at LaGrange High School, is fresh off her first individual appearance as an individual at the AAAA state golf tournament at Healy Point Country Club in Macon on Tuesday. She finished the tournament 29th after an opening round of 114 and a second round of 105.

“It was very tiring,” Stone said. “It was a lot of walking up a bunch of hills, but it was fun.”

Stone played 18 holes on Monday and an additional 18 on Tuesday. That does not include the practice round she participated in on Sunday. It was a lot of walking in the spring Georgia heat for Stone, but somehow she put in an even better round on day two despite the somewhat wobbly legs.

“It felt better knowing I played better on the second day,” Stone said. “I think it was just first day jitters (in round one).”

The course was a difficult one and got the better of Stone at times.

“It’s a challenging course,” Stone said. “There was a lot of sand and water on almost every single hole.”

Despite the challenge, Stone had fun playing the course. She was up to the challenge and persevered over the 36 holes. Stone was happy with her play and cherished the fact that her teammates were there to cheer her on every step of the way.

Stone had been to state with the team before but never as an individual. It was a strange experience for her even though her teammates made the journey to support her during the tournament.

“It was weird not having anybody out there playing with me,” Stone said. “I had four other girls there to support me, so it helped having them there.”

Stone and her teammates stayed Sunday and Monday night as it was a three-day golf extravaganza.

The moment was also bittersweet as this was Stone’s last ever golf tournament as a Granger.

Her time as a LaGrange student will end in a week’s time, but the memories she made on the course and off will last a lifetime.

“I’m still kind of in shock,” Stone said. “I still can’t believe it happened. I won’t be playing in college, but I will still go and play with dad on the weekend.”

PHOTOS: Callaway has five players sign to play football at the next level