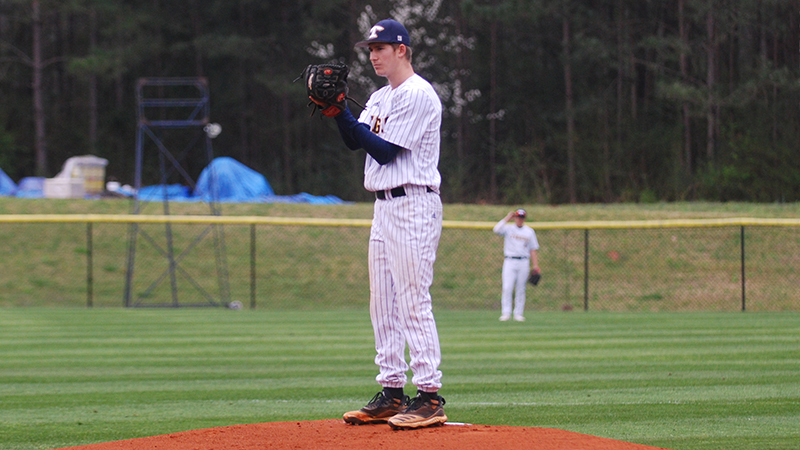 Troup County’s Daniel Martin finally got the college offer he was looking for and made the decision official as he plans to attend LaGrange College in the fall to play baseball. Martin, a shortstop and pitcher for the Tigers, was recruited by the Panthers as a full-time pitcher.

“It just fell into my hands,” Martin said.

Martin talked to LaGrange College Head Coach David Kelton after the Tigers season ended and Kelton told him the Panthers were in need of a strike-throwing pitcher. Martin knows that he does not have the most powerful arm, but his ability to control the zone is what had colleges looking at him. Kelton believes he can unlock another dimension to Martin’s game by getting him in a college weight room to improve velocity and stamina.

Martin has dreamed of playing baseball at the collegiate level since he was just a small kid and now that dream is about to play out in reality. In those dreams, Martin always imagined himself playing for the University of Georgia. Now, he will be playing in the red and black of his hometown college. A self-described homebody, Martin is looking forward to attending college close to home.

“Brewton-Parker was an option and LaGrange College was an option,” Martin said. “I jumped on LaGrange as fast as I could because I just felt more comfortable staying close to home.”

The collegiate dream was almost that, just a dream. Martin did not receive any offers until after the season ended and he expressed doubts that he might even get any offers at one point.

“I was kind of worried about it when we got done with the playoffs,” Martin said. “Nobody had been contacting me, and I started to have doubts.”

Martin kept his head low and started calling colleges around the state to see who might be interested. He finally got an offer to play baseball at Brewton-Parker on the same day that fellow Troup baseball player Mason Atkinson received his offer. Martin promptly received an offer from LaGrange College and shunned the chance to reunite with his fellow Tiger. It was a tough decision, but Martin wanted to stay close to his family.

Martin’s decision to wait has paid off as he will be joining one of the best teams in Division III baseball. The Panthers were loaded with offensive weapons last season and will be returning a fair amount of them. Martin will be allowed to come in and have an opportunity to earn playing time right away.
With June already half over, Martin’s time as a Panther is creeping closer, and he is already getting giddy about getting on the baseball diamond with his new teammates.

“I’m super excited. I think we start August 22,” Martin said. “Coach Kelton is sending me a workout plan, and we’re going to get rolling with it as soon as possible.”

TURES COLUMN: A moving ending to a fantastic sports…