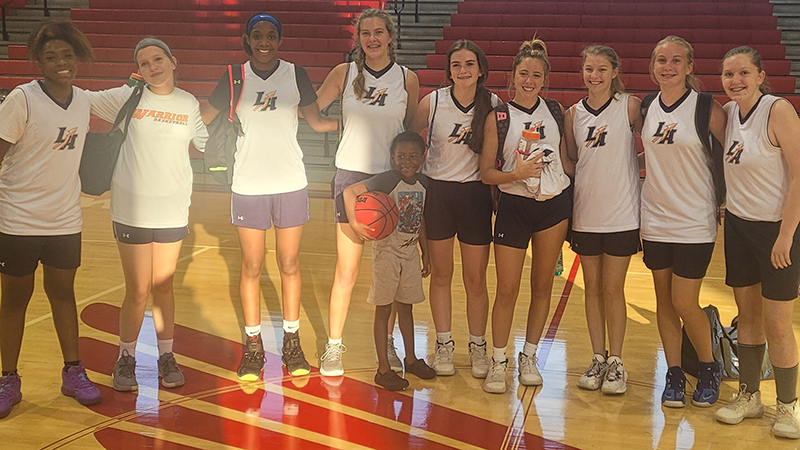 The LaGrange Academy girls basketball team enjoyed a camp at Huntingdon College in Montgomery, Alabama on Tuesday. While other young student-athletes were out enjoying the first day of summer, the nine Warrior basketball players suited up for some summer work.

“We are used to just having six,” Warriors head coach Ken Klinger said. “My vets looked at me strange and angry when I took them out for a rest. ‘What are you doing coach? I don’t ever come out of the game’ (they said).”

Huntingdon College was not chosen at random – Klinger attended the college from 1997-2000, where he captained the men’s basketball team.

The Warriors played Cornerstone out of Birmingham first and narrowly lost 30-23. Game two saw the Warriors suffer another close defeat as they fell 30-23. LaGrange Academy exploded in the third game as the team took a 37-23 victory over Ashford High School. All the other teams from the camp were from Alabama as LaGrange Academy served as the only representation for the peach state.

“It was a great day,” Klinger said. “Our girls played unselfish as a team. We played hard, smart and together.”

All games were two 20 minute halves with a running clock. While most of the games were at Huntingdon College, some took place at nearby Trinity Presbyterian High School.

STRANG COLUMN: Thanks for welcoming this sport reporter to…