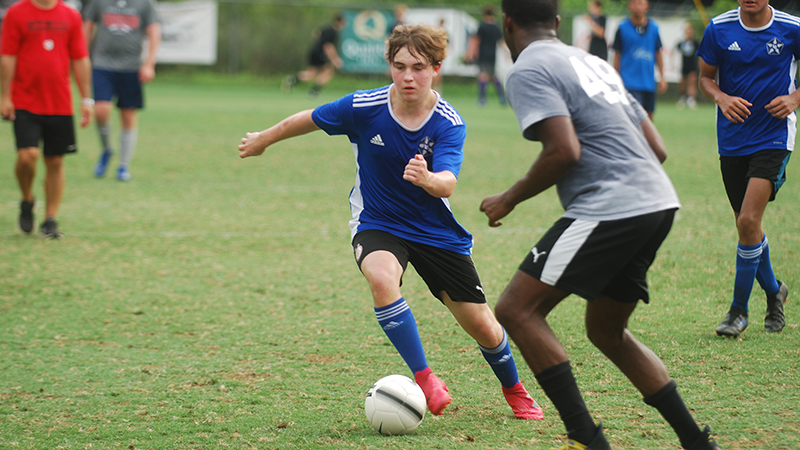 A summer full of soccer at Callaway is now underway as every Tuesday for the rest of summer will see the Cavaliers host a plethora of teams to take part in 7-on-7 soccer games.

The rain set in during the evening and put a damper on the day as not all six games could be completed. Callaway is hoping to expand the tournament back to where it was pre-COVID-19. Before 2020, hundreds of spectators would come out as the Callaway coaches had no problem attracting teams to come to Callaway to play soccer.

Now, it has been more difficult attracting teams to come and play. However, the 7-on-7 camp has been revived a bit this year. After 2020 was lost, the camp struggled to get going in 2021. This year’s 7-on-7 has had competitive and quality play, so far as the teams braves the heat to get some valuable experience and game time in.

All three local public schools will be represented at the Callaway soccer 7-on7s as the game of soccer continues to grow in Troup County.

As the camp continues every Tuesday in July, Callaway is hoping to bring out even more teams with Trinity’s girls soccer team scheduled to come next week as at least one new team will be added in the coming week(s).