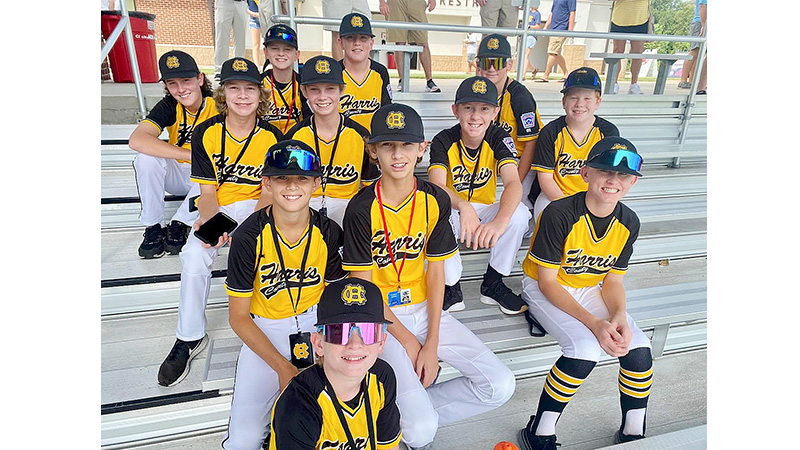 The Harris County 12u all-stars are just two wins away from a trip to the Little League World Series, but for now the team is focused on the task at hand.

“The kids understand the opportunity that they have,” said coach Wade Pirkle. “They have dreamed about and thought about it more than us coaches have.”

Currently, the team is taking part in the Southeast Region tournament as Georgia’s representative. In the opening game on Thursday, the Harris County All-Stars clobbered West Virginia 12-0 in just four innings. This set up a date with Virginia in the second round on Friday that Harris County won 2-1.

It was no waltz in the park to get to the Southeast Region tournament. In the district tournament, Harris County had to overcome a foe that had gotten the better of them in year’s past.

“Northern has always been the team that we’ve kind of bumped our heads against,” Wade said. “This group actually lost two one-run games against them last year.”

Harris County took a 3-0 lead in the final before Northern came storming back to take a 4-3 lead on just eight pitches. The team’s confidence did not falter as they rallied and won on a two-run homer by starting pitcher JT Pirkle that came late in the ball game, which advanced the team to the next tournament.

In mid to late July, the team had to compete in the Georgia Little League Baseball tournament where they had to win the whole thing to advance. They proved victorious, but it was a difficult path to get there. After dominating the opening game against Athens 15-1, Harris County squeaked by their next two opponents by a combined four runs to earn a spot in the final. They dropped the opening game against Dudley 7-3 before getting their revenge in a winner-take-all game two.

“We do all the right things that make a good baseball team,” Wade said. “We feel like we have a chance against every team that we play.”

For these 12 players – Will Dimitri, Brody Johnson, JT Pirkle, Fisher Ogle, Cayden Dimitri, Evan Woosley, Tyson Sharpe, Riley Harper, Tucker Weddle, Will Brannin, Carter Westmoreland, amd Levi Stokes – this is an opportunity of a lifetime. It did not happen overnight. The coaches – Jaremy Johnson, Dustin Ogle, and Wade Pirkle – have drilled their kids over the last couple of months and have selected the 12 of the best players 12u from Harris County.

The kids are loving the chance to play some extremely competitive baseball, but with school starting on Friday the kids are excited about something else as well.

“One of the big motivators is the longer they play the more school they miss,” Pirkle said with a laugh.

The Harris County All-Stars will take on Tennessee Sunday at 3 p.m. With a win on Sunday, Harris County will be within one win of representing the peach state at the Little League World Series.