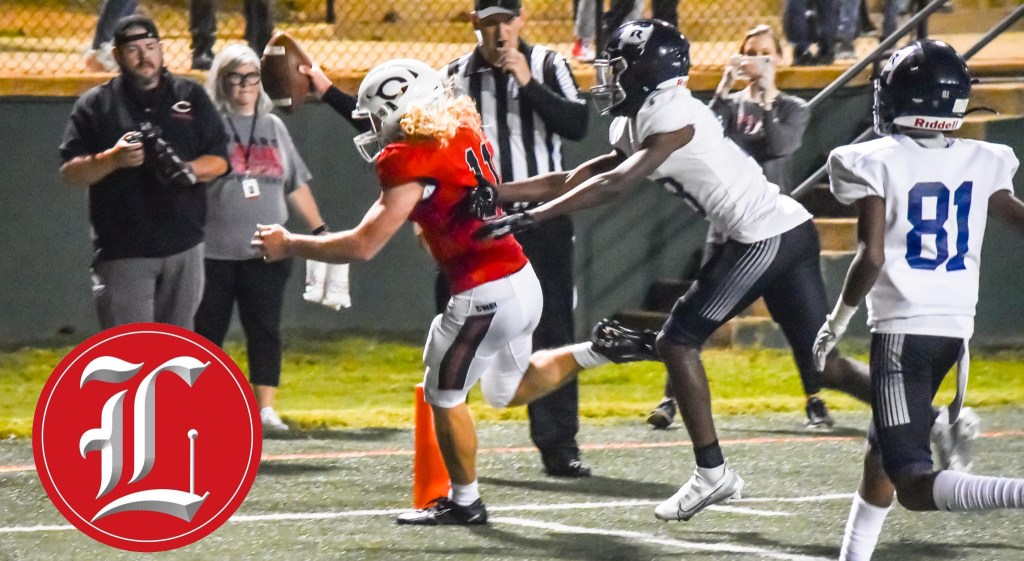 Callaway made short work of Redan Friday night at Callaway Stadium in a 44-12 win that wasn’t as close as the final score indicated.

The Cavaliers had 44 points with over six minutes left in the second quarter, when Callaway took its foot off the gas. The second half featured a running clock.

“I’m really proud of our preparation. Our guys have continued to work on the field and in the weight room, stayed positive to keep getting better,” said Callaway head coach Pete Wiggins.

The scoring started with a safety by the Cavaliers’ defense with 7:35 left in the first quarter. Quay Whitfield scored on a short run roughly a minute later to put Callaway up 9-0.

The third Cavaliers touchdown came after a wild sequence of events. First, the Cavaliers were running in for a touchdown when the ball came lose and Redan recovered in the end zone for a touchback.

On the very next play — from the Redan 20 — a bad snap forced the Raiders quarterback to run back into the end zone. He then tried to throw, only to have it go only a few feet and get picked off by Abreon Ford. That made it 16-0 Cavaliers with 1:55 left in the first quarter.

In the second quarter, DeShun Coleman ran the ball to the 2-yard line to set up a Jordan King 1-yard rushing touchdown that made it 23-0 with 10:54 left in the half.

On the next possession, Redan had a pass intercepted by Korey Jackson, who ran it down the visitors sideline to set up a short, 5-yard touchdown from Coleman to Treyonn Tucker. That made it 30-0.

A bad snap on the very next play from scrimmage — a recurring issue for Redan all night — gave Callaway the ball back inside the Raiders 5.

Coleman threw to Dylan Stephens for a short touchdown to make it 37-0.

Redan then fumbled the ball back to the Cavaliers, and Blake Harrington hit Jackson for a short touchdown to make it 44-0 with 6:21 left in the second quarter.

Callaway will play at Columbia next week. The Cavaliers, who played an extremely tough schedule to start the year, have bounced back after an 0-3 start.

“We always look at our season as three parts and that’s the non-region, the region and the playoffs,” Wiggins said. “Tonight was the first game of the new season, and I was really proud of our kids work ethic tonight.”