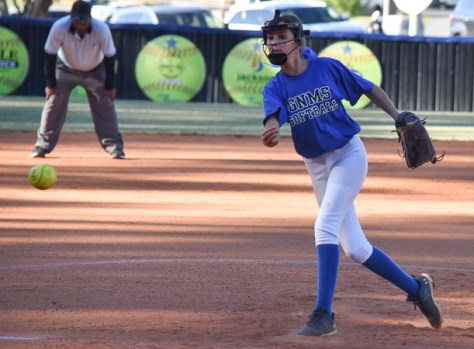 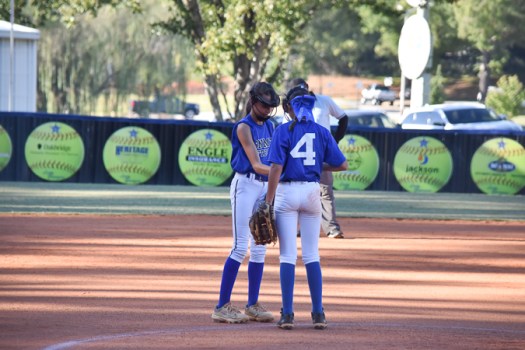 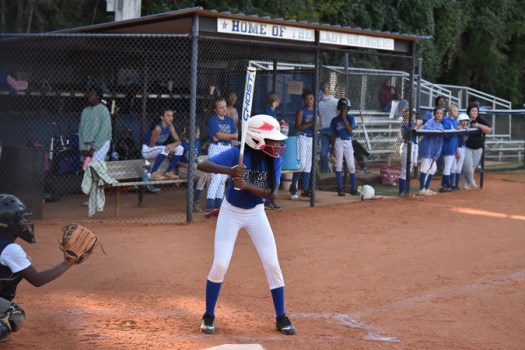 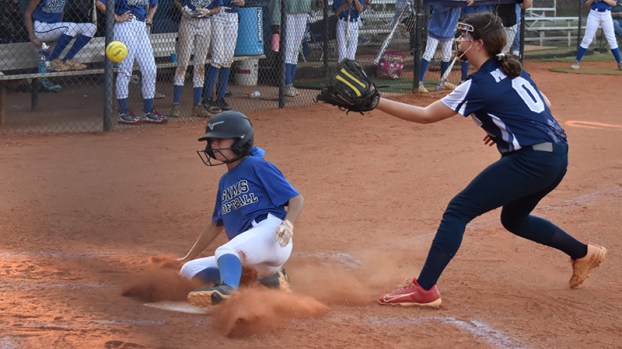 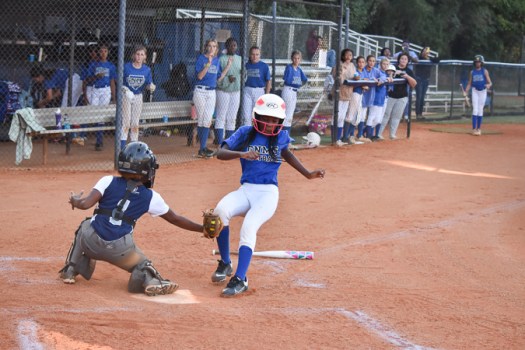 Gardner Newman earned a split in a doubleheader against Carver Road on Wednesday night. The first game was a shootout that ended with Carver Road coming out on top 20-11.

Addison Wright got the start on the mound for the Mustangs and hit from the lead off position where she showed great patience by taking two walks and scoring two runs. Emery Heard was 1-for-1 with two runs scored. Xariah Graddy, Ella Myhand, Dakota McDaniel, Emma Claire Burns, Tatum Haines, and Laniyah Johnson all had a hit a piece for the Mustangs in game one.

Game two was another story as the Mustangs responded with a 7-2 victory.

Carver Road hopped out to a quick 1-0 lead in the bottom of the first inning, but the Mustangs had a response in the top of the second.

Mavery Williams hit a double to drive in a run and tie the game. Kinley Kendricks stole home to give the Mustangs their first lead of the night before Burns followed with an RBI single to make 3-1 Gardner Newman. Burns scored on a dropped ball with McDaniel scoring on a separate dropped ball later in the inning. Bailey Goff stole home to round out the scoring in the inning for the Mustangs. Goff was the only Mustang with a multi-hit game, going 2-for-2 with a run scored.

Carver chipped into the lead by scoring a run in the bottom of the third, but the Mustangs were able to stretch their lead back up to five in the following inning. Taliyah Grier scored on a passed ball to make it 702 in the top of the fourth.

McDaniel did not get the start but was the winning pitcher as she only allowed one hit and no earned runs on 12 strikeouts over four innings.

Gardner Newman comes out of the doubleheader at 4-10.