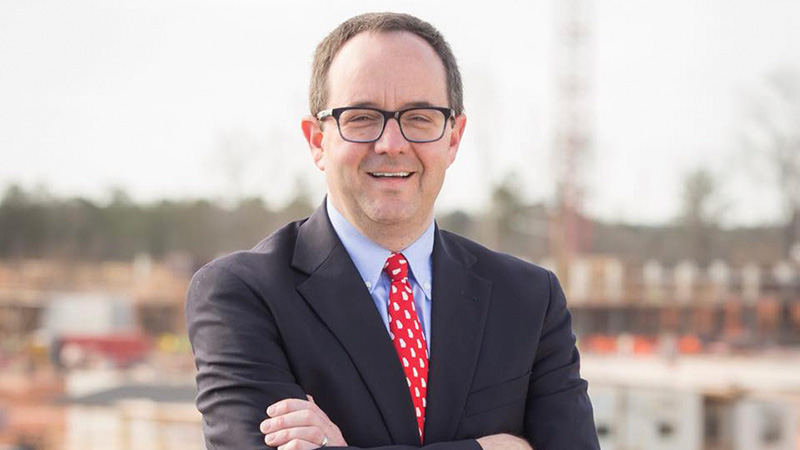 Mayor Jim Thornton has enjoyed his nine years as mayor of the city of LaGrange, but he saw a new opportunity with the Georgia Municipal Association as too good to pass up.

Thornton will resign as mayor effective Nov. 23 and take on a new role as the director of governmental relations for GMA on Nov. 28.

The city of LaGrange said in a press release that the city council will likely schedule a special election, likely to be held in March 2023, to select Thornton’s replacement. In the meantime, after the effective date of the resignation, Councilman Willie Edmondson will preside in his role as Mayor Pro Tem.

When the position with GMA became open, Thornton said his interest was piqued, but it wasn’t until the last couple of days that he decided to take the job.

“I had further conversation with Larry Hanson, who is the CEO [of GMA], and decided that he was something that might be of interest to me,” Thornton said. “And that’s when I actually engaged enough in a detailed conversation about it, but ultimately didn’t make the final decision until the last few days.”

Thornton served a year on the city council before taking on the role of mayor.

“The reaction has been very, very positive and supportive,” Thornton said of the news he was leaving.

“Many, many people between text messages, phone calls, Facebook messages, etc. have sent me notes of congratulations. Many people say they’re going to miss me as mayor, and I appreciate that.”

Thornton has practiced law in LaGrange for 25 years, and for the past 20 years has been a partner with the law firm of Thornton & Graham, P.C. Thornton said he will wind down his role in the law practice, but Heather Graham will continue the law firm with the same staff, same location as it is now.

Thornton is a graduate of LaGrange College and Emory University School of Law. He previously chaired the LaGrange-Troup County Chamber of Commerce and the Three Rivers Regional Commission.

Thornton is currently a member of the state’s Criminal Justice Coordinating Council and is a graduate of Leadership Georgia.

“GMA is excited to welcome Jim to the team,” Hanson said in the GMA press release. “We are delighted to have someone of his caliber to lead our governmental relations team. He has a keen intellect, broad knowledge of municipal issues, and a wealth of experience to draw upon. He is known for his ability to work effectively across all aisles, be a strategic thinker, and lead with a professional and respectful approach, all of which are invaluable in such an important position. He has a passion for how cities serve their residents, and I know he will represent our members with commitment, integrity and positive results.”

Within GMA, Thornton has served on the Board of Directors, the Legislative Policy Council, and the Federal Policy Council.  He previously chaired the Municipal Government Policy Committee, co-chaired GMA’s Equity and Inclusion Commission, and most recently completed a term as president of the organization.

“I am very excited about this opportunity to join the great team at GMA as a professional advocate for all of Georgia’s 537 cities,” Thornton said in the official LaGrange press release.

“This role will allow me to unite my skills as an attorney and my passion for local government and public service to both educate and advocate for the needs of Georgia’s cities and their residents. Cities provide the most accessible, responsive, and efficient form of government, and I look forward to sharing this message on their behalf.”

Thornton said he plans to keep a residence in LaGrange, but he will be spending a lot of time in Atlanta as he works in this new full-time role.