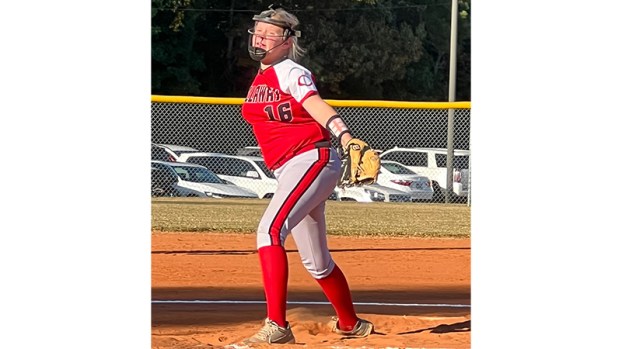 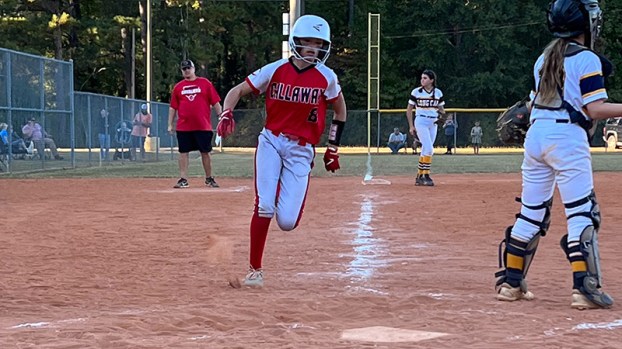 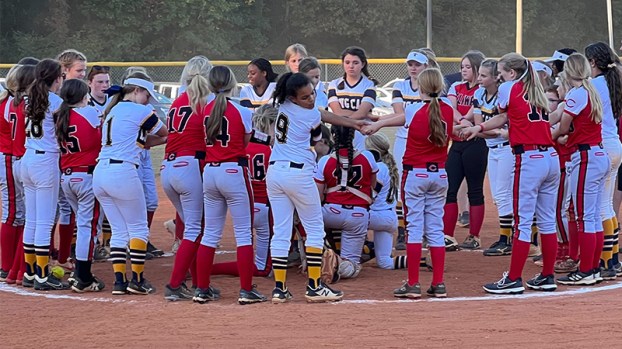 Callaway edged out its county rivals Long Cane 16-5 on Tuesday to advance to the championship game against Carrollton.

The Cavaliers bombarded Long Cane with 12 runs in the first inning and the Cougars could not recover from an early deficit.

“It’s hard to come back from 12 runs in the first inning, but the girls definitely did not give up,” Long Cane coach Lauren Kuerzi said. “I’m super proud of the effort and drive they had.”

After the first inning, the Cougars outscored the Cavaliers 5-4, but it was Callaway coming out on top to reach the championship game.

The Cavaliers were led by Jasmine Chavez who went 4-for-4 with four RBIs and three runs scored, and Belle Cleveland who started on the mound and pitched all four innings, allowing six hits on eight strikeouts. Cleveland was also dynamite from the plate, going 3-for-4 with four RBIs. Mckinley Milner was 1-for-2 with three runs scored, two RBIs and a walk. Monroe Wiggins was 2-for-3. Jaycee Brooks was 2-for-2 with two RBIs, a run scored, and a walk. Ryleigh Seymour had two hits while Skylar Reeves.

Callaway has won five in a row and 11 of its last 12 games with the only loss coming by a single run to Carrollton on Sept. 19. The Cavaliers will have a chance to avenge the loss when they play Carrollton in the championship game on Thursday.  Callaway is 16-4 going into its final game of the season.

Jayda Finch showed out in her final game at Long Cane, going 2-for-2 with a walk – one hit was a double while the other was a triple. Cayleigh Godfrey laid down a picture perfect bunt in the fourth inning with the bases loaded.

“We were able to earn some runs back and rally with runners on base, but did not pull through quick enough,” Kuerzi said.

McKinney Fostered got the start on the mound for the Cougars with Hadley Johnston coming in to relieve her in the top of the third. Karlie Martin flashed quality defense from her third base position.

Long Cane finished the season 7-6 overall and third in the region. The Cougars will have to retool as they are losing six quality eight graders to the high school ranks next year.