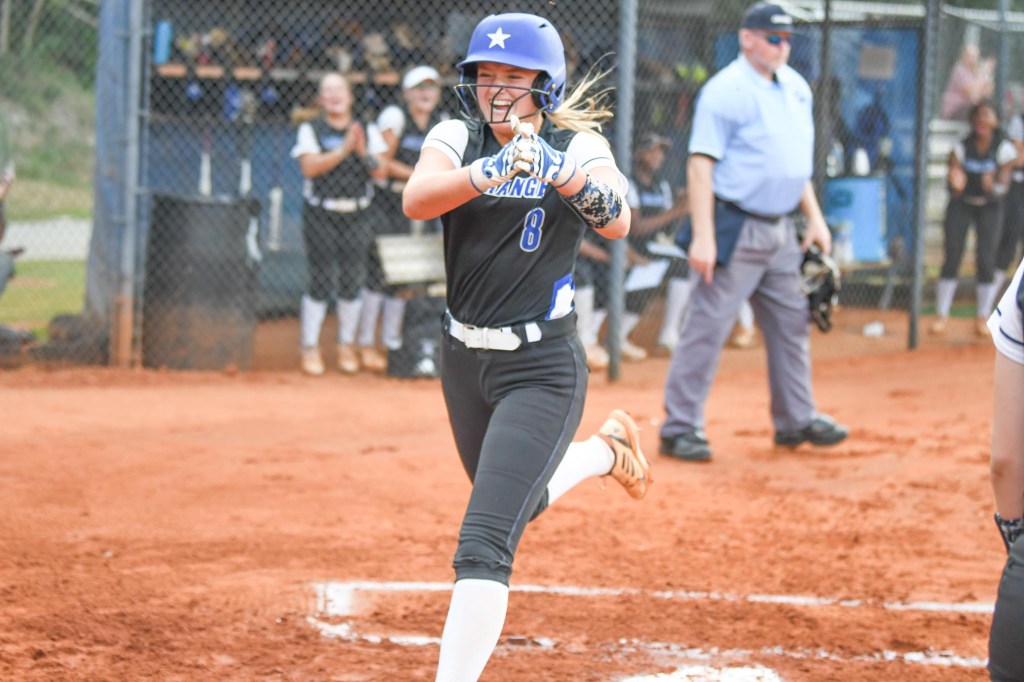 Kimberly “KK” Reynolds hit her first two home runs of the season in a single week to earn athlete of the week honors.

“That was great, but I never considered myself a home run hitter, but now getting those two in the same week has boosted my confidence,” Reynolds said. “Since then, a lot of girls have hit home runs, and I feel like we started a spark that is going to keep burning.”

She has been working on upping her power by lifting weights and working on her speed and agility so she can swing the bat even faster going forward. Despite her increase in power, Reynolds is unsure if she will be the Granger representative in the home run derby as she lines up next to some other power hitters on their way up.

The sophomore has made waves since arriving at LaGrange High a season ago. She started right away at third base and has returned as the starter this season.

“I didn’t know that I would be a starter right away because there were definitely other girls who could fill the spot,” Reynolds said. “I had to work, but I think I earned my spot.”

She is feeling more confident in her abilities than ever before. Going into Tuesday’s game against Fayette County, she was hitting .348 with 25 RBIs and 25 runs scored on the season. She has also shown her quick feet by stealing 11 bases and has a fielding percentage of 91.4% as the third baseman rarely makes errors.

One of the reasons she has grown so much from freshman year to sophomore year was the confidence that coach Craig Mobley has helped instill in her.

“Coach Craig focuses on the mental part of the game,” Reynolds said. “I feel like he has helped me not get in my head as much. He has helped me push through hard times and stay confident in myself.”

Reynolds and Mobley’s strong relationship was built on the fact that Mobley was the infield coach last season, and they have been working together since Reynolds first day as a Granger.

Confidence is oozing out of the young sophomore, who aims to help her team make a deep run in the playoff. Reynolds is one of the key contributors on a team that is full of youth and energy.

“With such a young team, everybody is determined,” Reynolds said. “We are pushing harder than we did last year.”

Reynolds might see her role change as the Grangers head into the region tournament and then the state playoffs. With starting pitcher Kaylee Foster going down with an injury, it looks like Reynolds could see some time on the mound. She has seen precious little time on the mound with the varsity team but does have a wealth of experience to call upon.

“I did pitch when I was younger. It was actually my main position,” Reynolds said. “It wasn’t what made me the happiest, but I want to do whatever I can to help the team.”

Reynolds has had her fair share of mentors on her journey to be a high school softball player. Some of them are her colleagues and peers on the Granger squad.

“Corriah Williams always has a smile and her bubbly personality always brings us back up when we are down,” Reynolds said.

Her sophomore campaign has flown by. The regular season wrapped on Tuesday as regardless of how deep the Grangers go, the amount of games left in her sophomore year are numbered. Regardless of how close the end is, Reynolds still wants to improve heading into the most important games of the year.

“If you do one thing better each day, each practice you will be better by the end of the season,” Reynolds said. “That is what we strive for.”