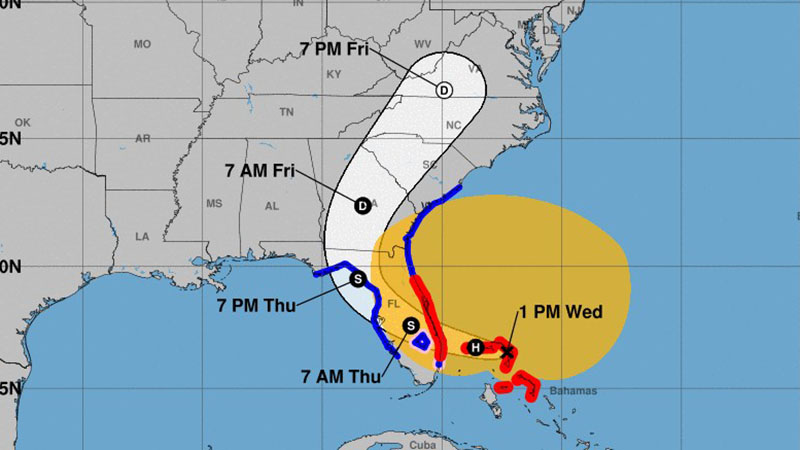 Tropical Storm Nicole — forecasted to soon be a hurricane — could bring rain and wind to Troup County over the next couple of days.

Meteorologist Ty Vaughn with the National Weather Service in Peachtree City said to expect some periods of heavy rain between Friday and Saturday and some gusty winds exceeding 30 miles an hour.

The next few days in Troup County — Thursday through Saturday — will be highlighted by high school football playoff games for Callaway, LaGrange, Troup and Lafayette Christian, so fans will be watching the weather to know whether they’ll need to pack an umbrella.

“The rain will probably push up late Friday night into early Saturday morning,” Vaughn said. “We’re expecting the worst of that storm to hit further east of the Troup County area, mostly impacting the southeast and having the majority stay out of our boarding area.”

Other than heavy rain and wind, Vaughn said the storm could bring some localized flooding in some areas.

“There are some isolated higher rain totals than we are expecting, but for the most part, there should only be rain that hits Troup County,” Vaughn said.

The storm track actually moved further to the east Wednesday, so when it makes the turn around Florida as currently forecasted, Troup County is not in the forecast cone.

The National Hurricane Center said hurricane conditions are expected across portions of the coast of southeast and east-central Florida beginning Wednesday, where a Hurricane Warning is in effect. NHC said tropical storm conditions have begun along the east coast of Florida in the warning areas and will spread northward to Georgia and South Carolina later Wednesday.