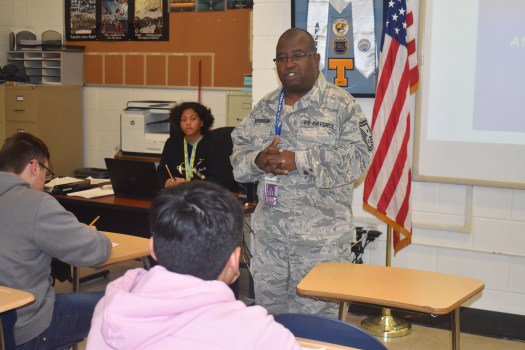 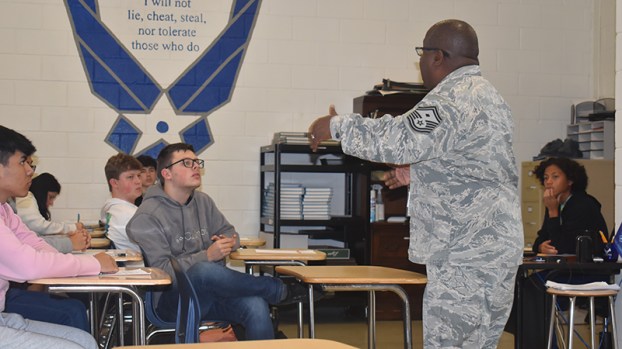 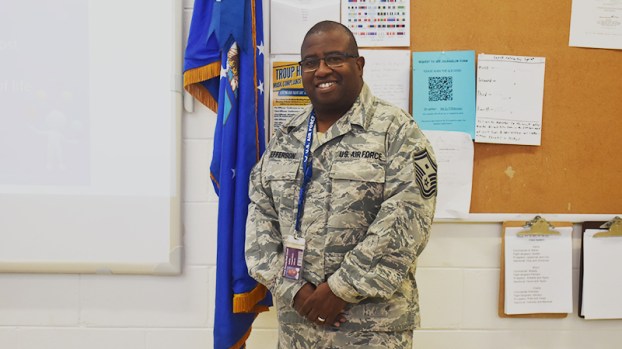 The passion to teach comes from many places. For some, it comes from legacy, for others it comes from the desire to help push a new generation of scholars. For Troup High School’s  Kevin Jefferson, a junior ROTC instructor, it came from the want to give back to the community.

For his passion of helping students inside the classroom and out, Jefferson was chosen as one of Troup High’s teachers of the year.

Upon winning the title, Jefferson said he almost cried.

“I’m so emotional about what I do. I don’t get up every day to get an award,” Jefferson said. “To get this award was incredibly rewarding — to know that your peers respect what you do, and contributions that you make was humbling. To be respected by my peers and what I bring to the table and the impact that I’m making on their lives, as well as the students, meant a lot to me.”

In his time at THS, Jefferson said the most fulling part of his job is seeing how he has impacted his students’ lives outside the classroom.

“My first year here I had a young lady named Delsi Virden led us through drill. She was an awesome young person, and I got to be with her during her senior year. Last year, she asked me to give her away at her wedding as her father figure,” Jefferson said.

“That meant so much to me, and I’m sure she had other people important to her, but she asked me to do it and that was so fulfilling. It had been at least six years since she had been out of my classroom, but she still reached back and asked me to walk her down the aisle.”

Jefferson said another former student who he initially met during in-school suspension and introduced to the program texted him and told him that he had changed her life.

When Jefferson is not in the classroom, he can be found on the golf course or hanging out with his wife, Cowenda, their two adult children, Brandon and Megan, and their three grandkids.

If Jefferson wasn’t a teacher, he said he would be a full-time pastor and devote more time to helping people in their spiritual journey.

“It can be a very demanding job,” Jefferson said. “My church is Word of Grace, and I have a wonderful congregation that knows I’m an educator, and they help support me and what I do here.”

Jefferson said he appreciates the staff at THS and is always learning from them.

“I love the people I work with. I think they’re incredible professionals. I think their love for the students is contagious,” Jefferson said.

“I think there are some teachers that may not get the limelight, but they’re just incredible people. I’ve learned from many of them even when they don’t know I’m learning from them.”