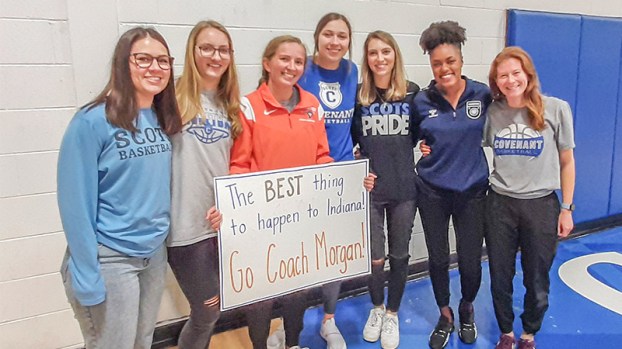 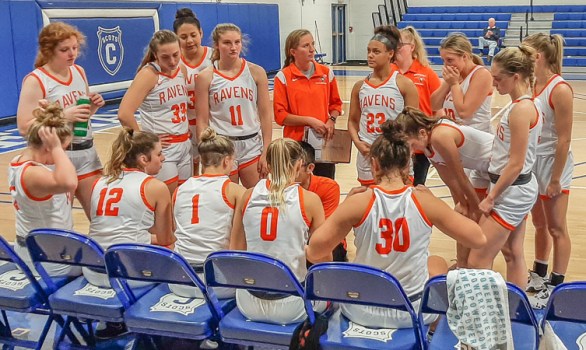 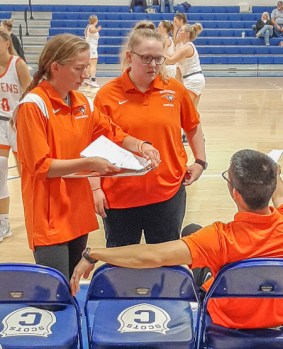 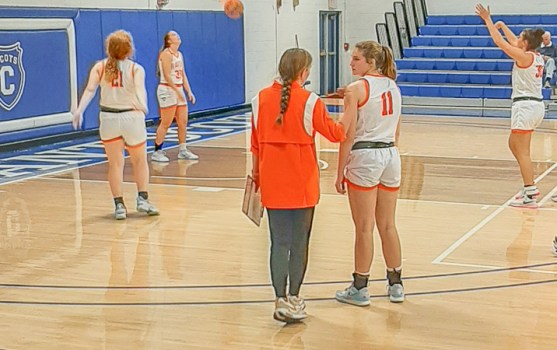 “I grew up in Lafayette,” Douglass said. “My mother taught there, so I kind of knew everybody growing up which made it such a special experience.”

Her accolades at Lafayette Christian speak for themselves. As a basketball player, she was a three-time all-region selection and earned an all-state selection in her senior year as she helped lead the Cougars to the state tournament. She departed as the Cougars’ all-time leader in steals and assists and is second in points and third in rebounds. She was also named Female Athlete of the Year at the school in both her junior and senior years.

The accolades were nice, but it was the teammates that made it all worth it.

“We were all super close at the time,” Douglass said. “What I remember most is getting to play with girls that I grew up with. Playing with them was always a blast.”

Off the court she was a member of the National Honor Society and valedictorian for her class.

The next step for Douglass was playing collegiate basketball at Covenant.

“The community there was so welcoming and kind,” Douglass said. “I wanted to keep playing basketball in college, and they gave me a real opportunity to do that.”

She played in 82 games and started two during her four years as a Scot.

That was then and this is now. She parlayed her successful career on the court into a coaching career.

“My senior year I had a coach that was really phenomenal, and she became my mentor,” Douglass said. “I started to see what coaching could be like and how I could impact players.”

She is in her second year at Anderson University where she serves as an assistant women’s basketball coach as well as the head coach of the women’s golf team.

“I always played golf with my dad, and my grandad growing up,” Douglass said. “The job I have right now is a dual job. I love both of those sports, it just seemed like a good fit.”

Despite Anderson University being all the way in Indiana, the transition was not as difficult as it might have been.

“I actually stayed on as a graduate assistant for two years at Covenant,” Douglass said. “An assistant coach (Jon Gin) took the job at Anderson, and I really enjoyed working with him and I really believed in what he was trying to do at Anderson, so when he offered me the position there it was something I definitely wanted to be a part of.”

Basketball has been a huge part of her life for so long that teaching the game comes easy, especially with Anderson having an established basketball program. Her task as golf coach came with a different sort of pressure and expectations. The Ravens recently reassembled a women’s golf team for the first time in years, which requires Douglass to rebuild a program from the ground up.

“As a head coach for golf, I was excited to find myself as a coach and get to run my own team,” Douglass said. “It’s not a low pressure situation, but it’s a less intense one.”

“Taking over a program can be a little nerve wracking, but coaching is all about building relationships and I enjoy that.”

Douglass just wrapped her second fall golf season and is in the midst of her second campaign as an assistant coach with the women’s team. Her dual role means her job never stops. After wrapping her basketball season in the new year, she will transition into the spring golf season.

“This is my second year, and it’s been a lot of fun to build two programs,” Douglass said. “Having already built relationships with the girls that are here and bringing in our own recruits has been great.”