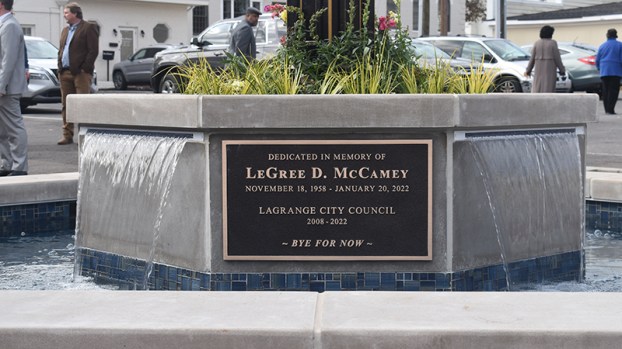 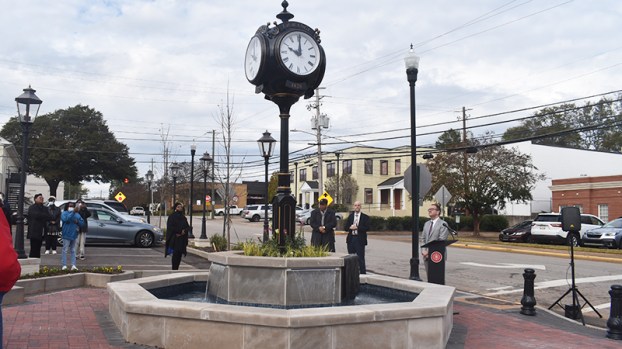 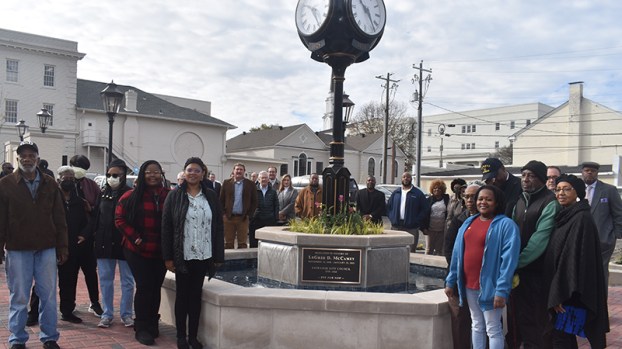 “This is a very special occasion for all of us — not only those who care about LaGrange but also who cared about and want to honor the memory of Councilman LeGree McCamey, whose unexpected death earlier this year has left a void inside of the city,” Mayor Jim Thornton said.

Thornton said McCamey served 14 years on the LaGrange City Council and played a significant part in the community.

“I had the privilege of serving four years on the city council with McCamey and then for eight years as mayor of LaGrange,” Thornton said. “The thing that I always appreciated about LeGree was that while he didn’t talk a lot, when he did talk, he always had something to say, and it was always meaningful and insightful.”

Through their mutual connection, Thornton said he learned a lot about LaGrange, its history, community, and various relationships between different parts of communities from listening to McCamey and engaging in conversation with him.

In attendance was fellow Councilman Willie Edmondson, who said a prayer and gave a few words on the memory of McCamey.

“I don’t have words to say how much this means to us — knowing that he is being honored in such a way because he loved LaGrange and loved doing for people is just amazing,” Freeman said.

“He was such a gift to our family and the joy is just overflowing in me. I might sound sad, but I’m full of joy that he will be remembered in such a way because of the service he gave to this city and the surrounding area.”

McCamey’s niece, Maiya Dowell, said the love and support from the community and community officials were astounding.

“I appreciate the people that came out today to celebrate the life and the legacy of LeGree McCamey,” Dowell said.

Upon reflecting on the dedication to McCamey and his passing, Kenny McCamey said it has been a long year but feels good to see him remembered in such a big way.

“To come to this, this morning my spirit is just so uplifted,” Kenny said.

“This is wonderful —I just wish he could see it. Every time I come down Ridley Avenue now, it’s going to have a different meaning.”