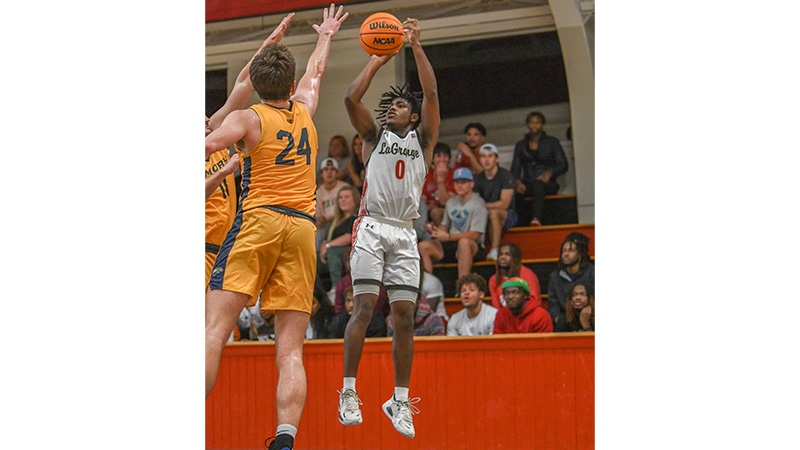 LaGrange College got a chance to contend with no. 21 Emory at Mariotti Gym on Wednesday and held tough until a late surge from the Eagles powered the visiting team to an 86-68 win.

Emory was able to start the game on a 7-0 run, but the Panthers were able to hang around early. The Eagles lead ballooned up to 12 points at one point in the first half, but a late run by the Panthers cut the lead to six points heading into the break.

LaGrange College came out of the break with a renewed energy.

Zac Hill hit a layup with 14:58 left in the game to cut the Eagles lead to just two points, but the Eagles answered right back with a 3-pointer from Brodie Scott as the home fans erupted.

The Panthers then had three straight possessions to tie or take the lead in the game but could not capitalize. It was a big missed opportunity, but the Panthers kept battling. A Hill dunk with 12:14 left in the game cut the Eagles lead down to two points once again. Unfortunately for the ever supportive home crowd, the Panthers once again squandered two straight possessions in which they could have tied the game or taken the lead.

The Eagles outscored the Panthers 31-15 the rest of the way to close the game out in style.

LaGrange College fell to 5-3 on the season and snapped a three game winning streak. The Panthers will host the Mississippi University of Women on Dec. 16.