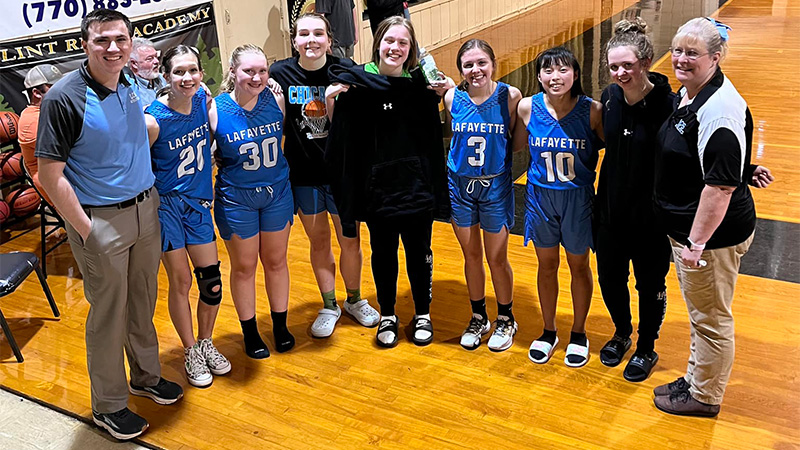 The Lafayette Christian girls basketball team earned its first victory of the season on Thursday with a 47-29 win over Flint River. It was the first win under new coach David Curry.

The Cougars jumped out to a 11-4 lead at the end of the first quarter before Flint River battled back in the second quarter to cut the Cougar lead to just five at the break.

Lafayette Chrisitian absolutely dominated the second half, outscoring the home team 29-16 to close out the game.

Carmen Bridges was everywhere for the Cougars. She finished with a masterful triple-double, scoring a game high 39 points while adding 20 rebounds and 12 steals. The Cougars fed the hot hand all game with no other Cougar scoring more than four points in the game.

Lafayette Christian now as something to build on under its first year head coach. The Cougars will be back on the court next Tuesday against rivals LaGrange Academy before taking off nearly a month for winter break.