Boddie surprised but excited to serve on LaGrange City Council 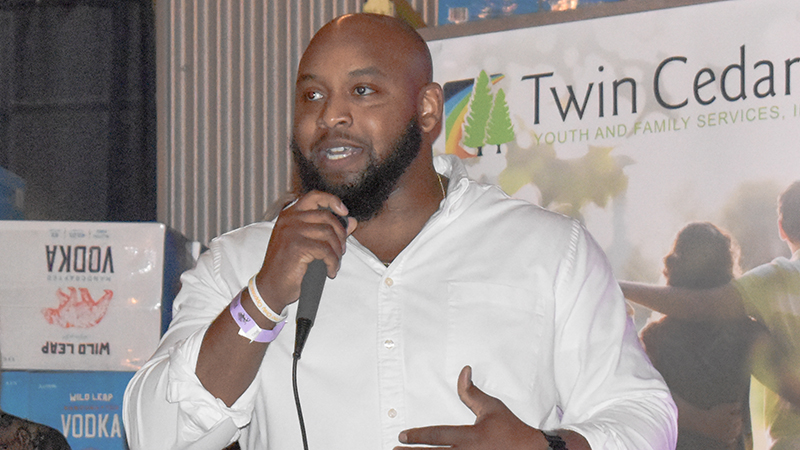 On Tuesday, after Councilmen Willie Edmondson and Jim Arrington stepped down at the end of the LaGrange City Council meeting to run for mayor, the remaining council appointed recent District 2 runner-up Quay Boddie to Edmondson’s seat on the council.

The appointment was crucial, as without a new council member, there wouldn’t have been a quorum to conduct to city business. Only Edmondson’s seat was eligible for appointment due to him having less than a year on his term. Arrington’s seat will have to be filled via a special election.

Both Edmondson and Arrington qualified on Wednesday to run for mayor, which automatically disqualified them from their council seats.

When asked if he had been approached prior to being appointed to the council, Boddie said he was surprised.

“There have been whispers of it because I was the runner-up, but other than that I was totally surprised,” Boddie said. “I’m super excited about it.”

Boddie said being the runner-up in the District 2 race to replace the late LeGree McCamey may have been a blessing in disguise. Childs won the election for the seat, but Boddie still had significant support leading to the runoff. In the runoff, Boddie earned 42 percent of the votes.

Boddie said he plans to start by listening to the people in his district and the things that are important to them.

“Out of the first few things I would like to do, I definitely want to make sure that I’m listening to the people within my district,” Boddie said. “I want to tackle first and foremost, the most important things to them.”

Boddie said he would listen to people from District 2 to determine the biggest pressing issues, acknowledging his potentially short timeframe on the council.

“I need to tackle those within this six-month period until the election again,” Boddie said.

If Boddie wants to keep the seat, he will have to seek election in November as Edmondson’s seat was set to expire this year.

“I’m excited about this opportunity. I believe that sometimes in life, when you just sit back and let things form and let the universe and let God do what God in the universe does, all things will always turn back in your favor,” Boddie said. “I think that’s what’s going on here with my chance and my opportunity.”

“I didn’t win the first time, which doesn’t mean I was a failure, but I do believe that sometimes there are certain things that have happened, that have to happen, in order for things to be put in place, so I feel like this is my place, and this is my time now,” Boddie said.

Boddie said the city is planning on swearing him in at the Visit LaGrange building on Friday at 4 p.m.