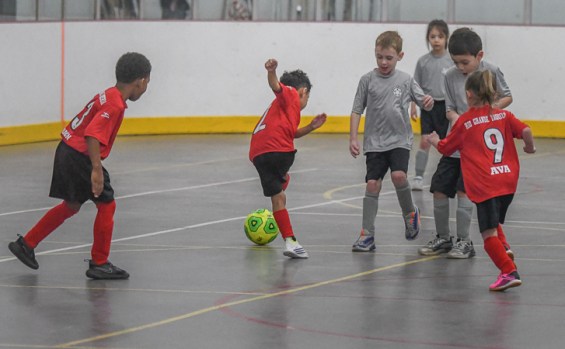 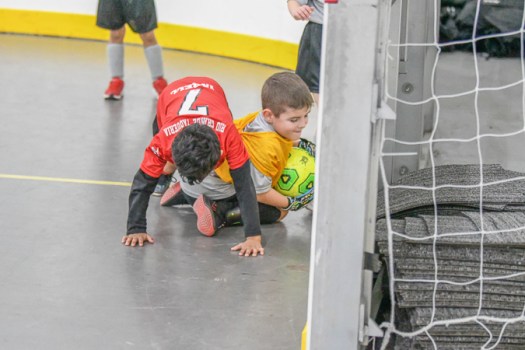 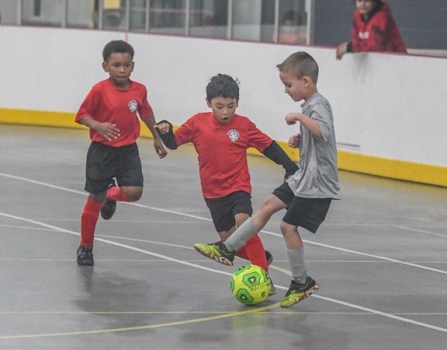 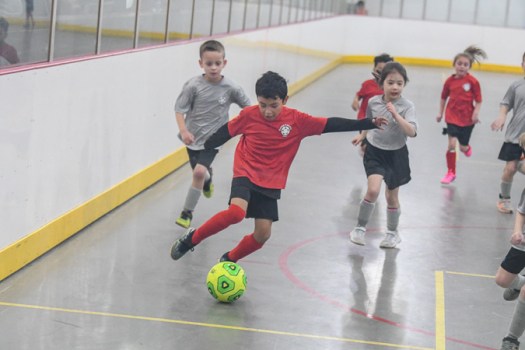 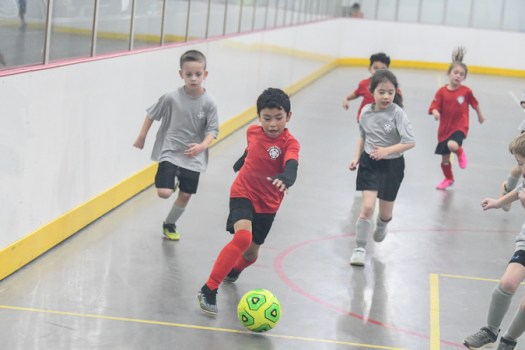 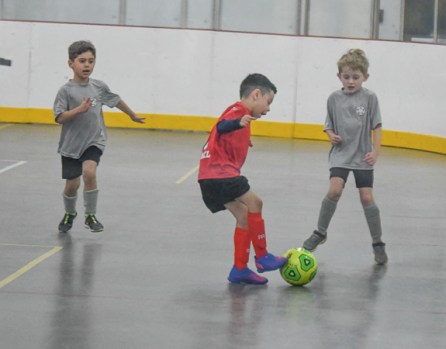 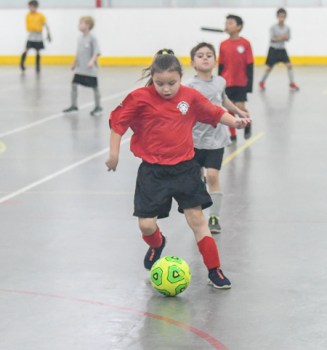 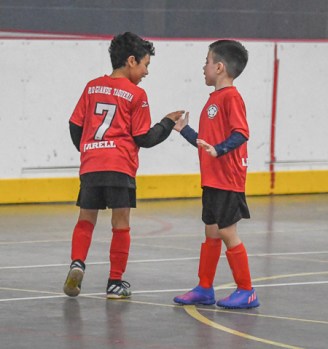 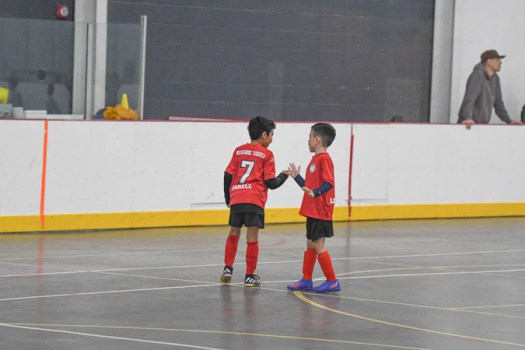 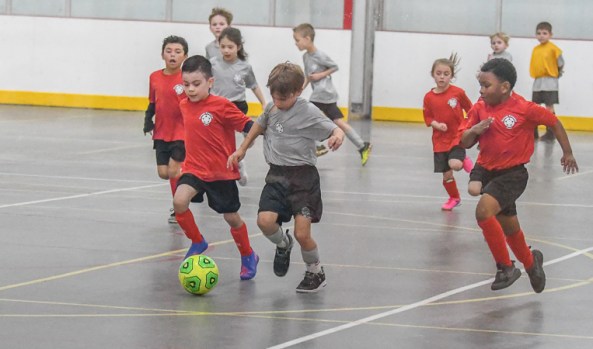 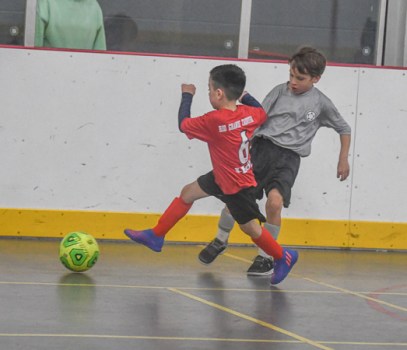 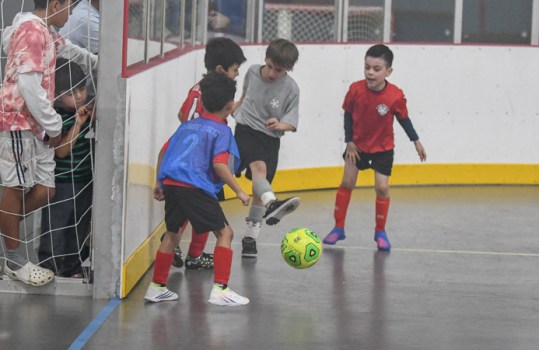 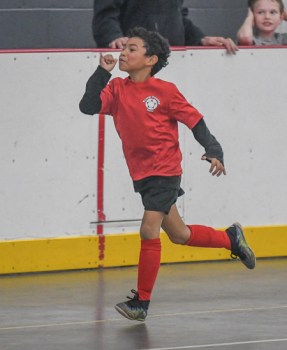 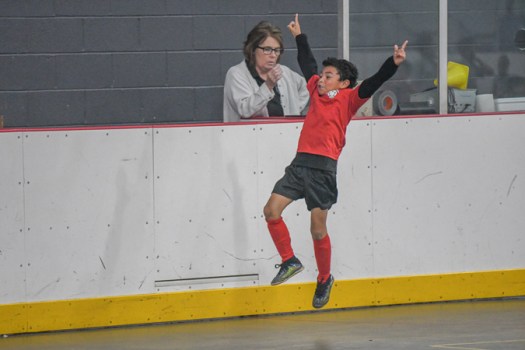 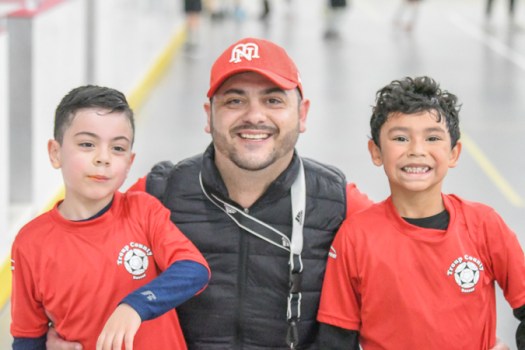 “This is my first time coaching indoors, and it is a big challenge,” Husslers coach Juan Corral said. “I’m starting to get used to it, and we can still develop some of the basic skills for soccer indoors. They are full of energy and power at this age (laughs).”

Adjusting to indoors took some time, but this is not the only adjustment this team is making. The jump from the lower age group to 6/7 means this is the first time that the team has faced teams with a goalkeeper in the net.

Corral has seen many of these kids grow up as soccer players and young people. Many of them were on the age 4/5 team he coached previously before moving up as his kids aged.

Corral also coaches at the adult level and has to find a way to relate the game of soccer to other aspects of the kids’ lives, so it will be easier for them to grasp the game.

“It can be tough, but I grew up playing soccer in Mexico, and I’ve played all my life,” Corral said. “With the kids, you have to play and have fun and how to love the game. They are just learning about positions and how to play defense. You have to make jokes with them. If you want them to be fast, you tell them to run like “Flash.” You need to help them associate what they are doing on the field with stuff that’s in their lives.”

Corral has been involved with the parks and rec department for a few years now and is always willing to contribute and help in any way he can. He calls running a team a full-time job but to get a chance to spend time with his kids and other kids of the same age playing a game he loves is too much to pass up.

“These kids are the future of our community, and I’m super happy to help them gain certain skills and help them learn teamwork,” Corral said. “Watching them grow up together and play together is special. These are some of the best memories they will have in their lives.”