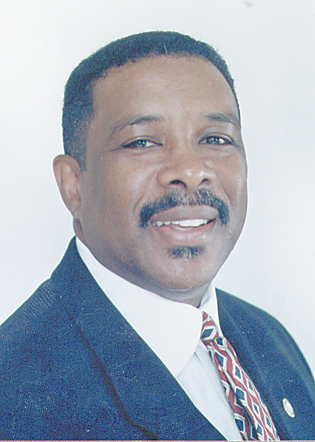 Members of local city councils and Troup County commissioners have joined together to create a race reconciliation program in Troup County.

Wolfe and Von Epps traveled to Richmond, Virginia, and Emory University in Atlanta to conduct research on a program aimed at mending racial divides.

“We researched and found that there were no cities in Georgia—that we could find—that had sought to pursue a program like this,” said Wolfe.

Wolfe said that the matter of faith.

“This is a spiritual issue of the heart about how one person feels about another,” said Wolfe. “It comes down to loving our neighbors like we should.”

Wolfe, who is white, and Von Epps, who is black, have spoken to members of Hogansville and West Point’s city councils and will soon meet with LaGrange council members.

“We will be choosing 160 people from the community who will undergo an 18 month training program that will educate them on race reconciliation,” said Wolfe.

Following the 18 month education period, 40 of the members will be selected to enter phase two of the program, which focuses on how to deal with racial divides.

“Racial divides in our community are real,” said LaGrange Mayor Jim Thornton. “I’m not willing to pretend they don’t exist. We may not be able to solve all our issues, but I believe we can make progress.”

Wolfe said that the program’s continuance will depend on its acceptance by residents in the local communities.

“If it’s well received, we’ll continue on trying to figure out some solutions after the first phase,” said Wolfe. “If not, then we won’t be wasting our efforts if we feel we’re not making any progress.”

“This is not something we’re doing in response to Ferguson or Baltimore,” said Wolfe. “We recognized these issues years ago and we decided that now is the time to do something about it.”

Hogansville Mayor Bill Stankiewicz highlighted the idea of being proactive in seeking solutions to local problems.

“We can either be proactive or reactive,” said Stankiewicz. “And there’s a real cost to ignoring these issues.”

Wolfe and Von Epps spoke to the Hogansville City Council about the program during their work session retreat. Hogansville City Manager James Woods said that the idea was well received and supported among council members.

“These issues plague our nation, and we are not immune—locally—but, I’m hopeful we can be leaders in finding solutions,” said West Point Mayor Drew Ferguson.

Wolfe is asking community members to be open minded and recognize that everyone bears some level of responsibility for racial divides.

“The white community has to realize that things have happened in our communities that have caused major divides and those have not been reconciled,” said Wolfe.

Wolfe said that the members of the community will begin assembling the 160 members of the first phase of the program soon. Local community leaders are encouraging residents to join in and support the effort.