Different sort of summer for Cavaliers 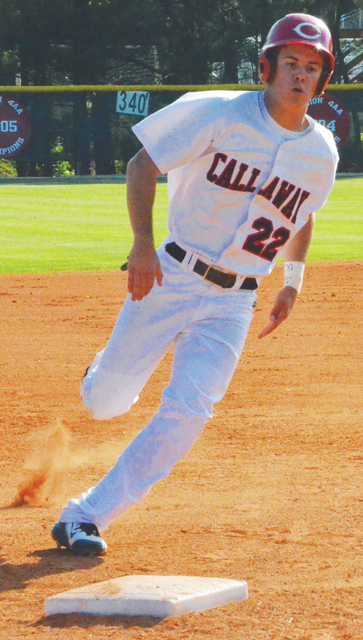 Dylan Johnson will be one of the returning players for the Callaway High baseball team, which is in the midst of its summer schedule. Kevin Eckleberry | Daily News

What a difference a year makes.

As the Callaway High baseball team prepared for its summer schedule a year ago, there weren’t many unanswered questions.

Nearly every starter and most of the pitchers from the 2014 team were underclassmen, so head coach Dusty Hubbard pretty much knew what his lineup would look like the following season.

Flash forward a year, and things have changed in a big way.

Following another extremely successful season that included a region championship and a second straight trip to the elite eight, the Cavaliers will have a drastically different look next spring.

Hubbard will have to replace a large and talented group of seniors that includes the three primary pitchers.

That’s what makes this particular summer season so valuable for the Cavaliers as Hubbard and the other coaches get an idea of how they’ll put the 2016 team together.

“It’s totally different,” Hubbard said, comparing this summer to last summer. “We not only have a lot of new faces, but even some of our older guys, we feel like they’re going to need some position changes by necessity. So we’ll have some guys in different spots. And they’re working at it hard. It’s fun for them, and fun for us. It’s good to go out and watch them play with no pressure on them, and just see how they react.”

Hubbard said there is just one Callaway team this year, whereas in past years there have been a pair of teams.

“Unlike in years past where we’ve done two teams, we’re putting them all on one team,” Hubbard said. “We play doubleheaders every time we play, so we’re playing as many of them as we can. We get some of those young guys in there with the old guys.”

Hubbard added that “we just felt like this year we were in a situation where we’re going to have so many openings, that we need these guys to play together. You don’t know who’s what, so we need to see them all. We’re trying to get them in as much of a competitive environment as we can.”

The Cavaliers went 22-9 this season, and they beat Adairsville and Decatur in the state playoffs before falling to Jefferson in the quarterfinals.

Among the players who graduated were Perry Keith, Kevin Craft and Cody Mimbs, the main starting pitchers throughout the season.

The Cavaliers will have a handful of starters returning, including first baseman Cortney Laye, Ty McCann, outfielders Dylan Johnson and Devin Brock, as well as Hunter Rollins, who was the starting catcher for most of the playoffs.