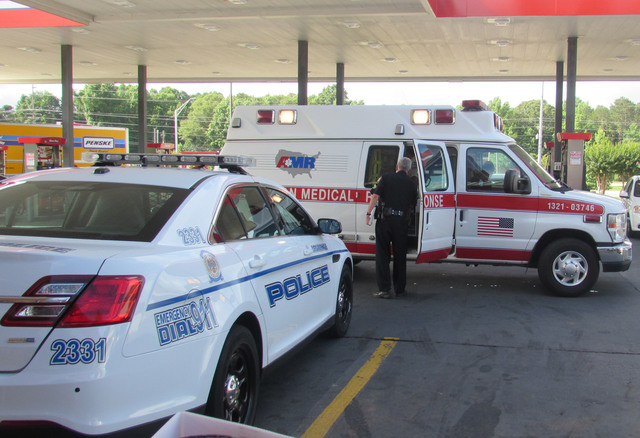 LaGrange police officer Norman Wynne confers with a woman struck inside an ambulance who was struck by a car Friday morning at Racetrac at Lafayette Parkway and Patillo Road. The woman was walking back from the convenience store to her car when vehicle struck her, police said.

A Troup County woman is recovering after being struck by a car Friday morning at the Racetrac gas station at Lafayette Parkway and Patillo Road.

LaGrange police said the woman was walking out of the convenience store and back towards her car at the gas pumps when she was hit by a vehicle.

Officers on the scene said the person in the car was backing up out of a space and did not see the victim behind the vehicle.

The woman was knocked to the ground and complained of neck and head pain. She was transported to the hospital for treatment.

Police did not say if the driver could face charges.