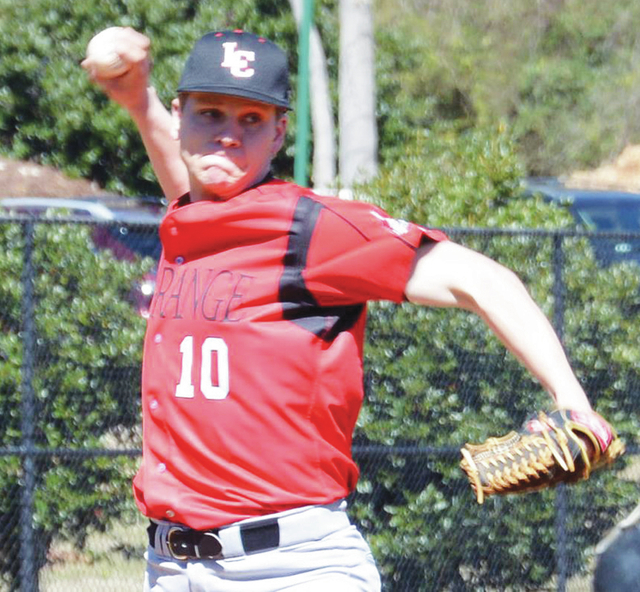 Pitcher Eric Morrell is playing for the Duluth Huskies this summer in the Northwoods League. LaGrange College photo

After a terrific first season with the LaGrange College Panthers, pitcher Eric Morell is tackling a new set of opponents this summer.

Morell, who’ll be a senior next season, is pitching for the Duluth Huskies (Minn.) of the Northwoods League, and he is doing well.

Morell is one of five LaGrange College players participating in a summer-baseball league.

A quartet of LaGrange College players are playing in the Mountain West Summer College Baseball League in Colorado.

Morell was invited to be a part of the Duluth team on a temporary basis, but LaGrange College head coach David Kelton said he was so impressive that he has become a full-time member of the team.

“He went up there on a temporary contract,” Kelton said.

After showing what he could in his first two starts, Kelton said “they kept him on full time.”

Morell has now made three starts for the Huskies, and he has excelled in each of them.

In his first start on May 29, Morell pitched six shutout innings and was the winning pitcher, and he allowed five hits, no walks and struck out three.

On June 4, Morell made his second start.

Morell went seven innings, and he gave up three runs on six hits, and he notched eight strikeouts.

Morell allowed three runs in the fifth inning of that game, but he didn’t surrender any runs in his other six innings on the mound.

Morell didn’t get a decision in the 5-4 win.

On Wednesday, Morell made his third start for the Huskies, and he delivered another strong outing in the 4-3 loss.

Morell worked six innings and gave up just one run on four hits, and he struck out six.

Morell was in line to be the winning pitcher after leaving with his team leading 2-1, but St. Cloud rallied for three runs in the ninth inning to win the game.

Morell was the ace of the LaGrange College staff last season.

He was 5-5 with a 3.86 earned run average, and he had three complete games with two shutouts.

The highlight of Morell’s season came on March 21 when he threw a nine-inning no-hitter in a 2-0 victory over William Peace.

That was the Panthers’ first no-hitter since 2009.

In the team’s first game, Coehlo made a big impact on the pitcher’s mound by throwing six innings to get the win.

Coehlo gave up two runs on four hits, and he struck out five.

Cauls did his part to support Coehlo with two hits as Summit won 7-5.

In the second game of a doubleheader, Sauls had another two-hit game as Summit lost 10-9.

Seeing Sauls knocking the ball around is nothing new.

Sauls, a first baseman, had a sensational sophomore season for the Panthers.

Pigg was the starting catcher for most of the season, and he hit .226 and drove in eight runs.

Perry was a reserve player who had two hits in eight at-bats, and Coelho appeared in five games and threw five innings.

All five of the LaGrange College players participating in a summer baseball league will be back for the 2016 season.