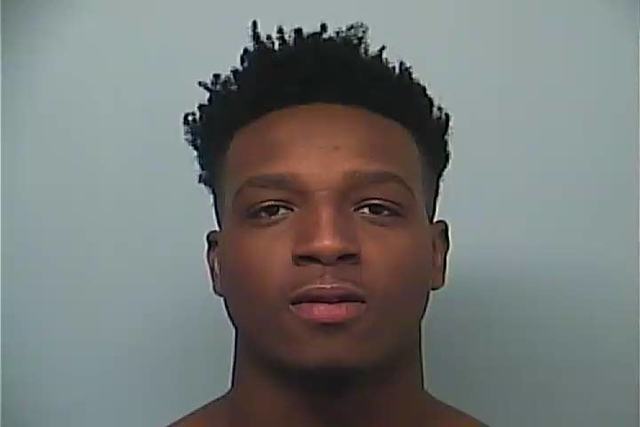 A man allegedly injured a police officer in the line of duty Monday outside a residence in west LaGrange.

LaGrange Police senior officer John Slonaker needed stitches after shoplifting suspect Brandon Bridges, 19, of Ridgefield Circle, allegedly punched him in the face and broke his nose outside a home in the 500 block of Hines Street around 8:30 p.m, according to a press release from LaGrange police.

Bridges is a suspect in a shoplifting incident that happened earlier in the evening at the Summit gas station at 320 Commerce Ave. Police were investigating the shoplifting when they located the car suspects’ car at the Hines Street residence.

Slonaker went to the rear of the home and Bridges allegedly slung open the back door and punched Slonaker in the face, according to LaGrange police Lt. Dale Strickland.

After allegedly assaulting Slonaker, Bridges took off on foot. Slonaker disregarded his injuries and continued to chasing Bridges, Strickland said.

Bridges allegedly ran from the Hines Street home, crossed Lafayette Parkway and ran to a basketball court in the Calumet Village where he tried to “blend in” with a group playing basketball, said LaGrange police Capt. Mike Pheil.

Officers found Bridges and arrested him a short time later.

An LPD K9 unit and detectives with the department’s Criminal Investigations Section also responded to the scene.

Bridges was charged with aggravated battery on a peace officer and felony obstruction. Strickland said he was also charged with driving on a suspended license and failing to yield after surveillance video from the Summit Station shows Bridges was also allegedly driving the get-away car.

Slonaker will be out of work until Thursday, but is expected to recover, Strickland said.

If convicted, Bridges could face no less than 10 but no more than 20 years in prison for the aggravated battery on a peace officer charge, according to Georgia law.

Bridges and two others are suspected of having shoplifted ice cream from the gas station. Police are continuing to investigate the shoplifting incident, Pheil said.

Slonaker works in the LaGrange Police Department’s Patrol Division and has been employed with LPD since July 2001.

He is one of two officers that are part of the department’s bike patrol unit.