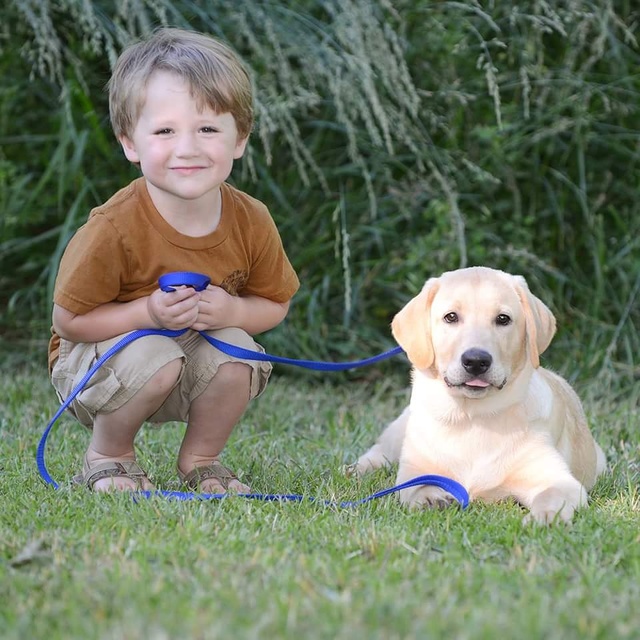 Kids like Joseph Trask and his dog, Dino, are eager to see a dog park in LaGrange. The Bark For Your Park contest will award $100,000 to the winning city and help fund the construction of a dog park.

LaGrange has been named among 15 finalists for the PetSafe Bark For Your Park contest.

The grand prize winning city with the most votes will receive a $100,000 grant to build a dog park. The final round of voting begins today and will last until midnight July 22.

City officials have outlined plans to build a dog park inside upcoming Granger Park expansion, and the grant would provide them with much of the needed funding for the park, the city planner said.

“We are asking everyone—not just LaGrange residents—to log on and vote for our city to win this dog park,” said Leigh Threadgill, city planner. “Even people who don’t own dogs can get behind it, this is something we rally around and show our community spirit. We’ve already shown how competitive we are by making it to the finals, so now we’re going after the big prize.”

The contest divides cities into three size catagories, with LaGrange competing in the largest one. In final vote tally for the first round of voting, LaGrange had around 7,000 votes, but Threadgill said that the city will need twenty times that number to win the grand prize.

“Trust me when I say that the competition will be stiff, but we can win if everyone cares enough about our community to take about a minute each day to vote,” said Threadgill. “This competition isn’t just for dog owners or dog lovers, but for all who want to see LaGrange succeed.”

People can cast votes online at the Petsafe official website, and also on the company’s Facebook page. There are no restrictions on who can vote, and supporters can cast votes once on each website per day.

“Voting is so easy,” said Threadgill. “All you have to do is open the website and click a button.”

The winner of last year’s contest was Waverly, Iowa, which is now finishing up construction on their city’s new dog park.

“We’re a city of just under 10,000 people and we managed to win the contest last year,” said Garrett Riordon, manager for Leisure Services in Waverly. “You just have to stay positive. We had a real dedication from our community to win. Get your friends and family in the community to get online and vote.”

Threadgill has been spearheading the city of LaGrange’s effort to gather votes from residents. Threadgill said that dog parks are a good thing for dogs, as well as residents in LaGrange.

“I’ve spoken to one person who visited California for a while, and she said that lots of people would go out to the dog parks and sit and watch the dogs play,” said Threadgill. “Dog parks can be entertaining for people of all ages, as well as a great way for our residents to interact and meet each other.”

Threadgill said that the city of LaGrange mobile phone app sends out push notifications to its users to remind them to vote each day for the contest. LaGrange also has an official Bark For Your Park page on Facebook, which has been useful in helping to organize the city’s efforts to win the contest. The contest will be awarding $25,000 to the runner-up cities in each size category, but Threadgill said that LaGrange has its sights set on the big prize.

“We don’t just want to win this so we can have a nice dog park,” said Threadgill. “We want to show our competitive spirit and ban together to win something for our city.”

Votes may be cast on the PetSafe website at www.petsafe.net/barkforyourpark/city/2767/lagrange-ga/ or on the Facebook voting page at www.facebook.com/PetSafeBrand?v=app_321.