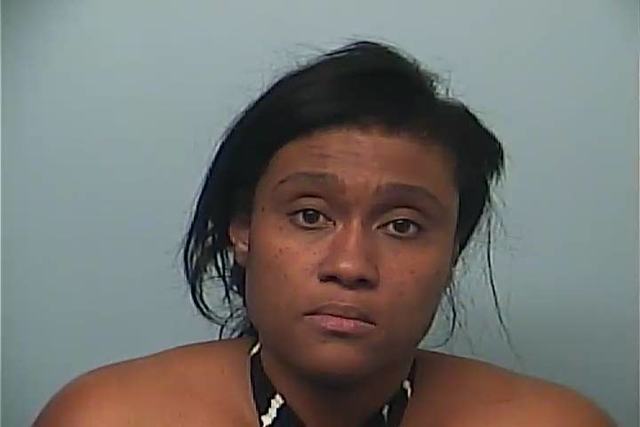 A former tax preparer was arrested Thursday for allegedly running a $2.1 million scheme to defraud the state of Georgia. Special agents with the Georgia Department of Revenue, assisted by the Troup County Sheriff’s Office, raided a tax preparing office on Vernon Road and arrested Rainnessia T. Stiggers, 43, of West Point, on charges of felony theft, identity fraud and other felonies for allegedly manipulating income tax returns while she was operating a string of tax preparation businesses in West Georgia and Alabama. Stiggers bonded out of the Troup County Jail just after midnight Friday on a $10,000 bond, according to court records. Her alleged accomplice, Robert Barrett of Atlanta, is wanted by authorities and warrants have been issued for his arrest on the same charges faced by Stiggers, according to Nick Genesi, director of communications for the Georgia Department of Revenue. Special agents searched a home in Atlanta on Thursday where Barrett was allegedly running a fraudulent tax preparing business, but he was not at the location, Genesi said. The pair was allegedly filing fraudulent schedule A and C state tax forms, Genesi said. As many as 4,000 fraudulent tax returns were filed by Stiggers and Barrett, he alleged. “What they were doing was filing schedule A (state tax) forms containing inflated deductions for various expenses, (such as) medical (and) gifts to charity,” Genesi alleged. “They were also filing schedule C (state tax) forms containing false businesses. They were making up businesses to put on the schedule C forms and inflated the losses to offset (the) taxable income.” Genesi also alleged the pair was filing “questionable” dependents and counterfeit Internal Revenue Service W-2 forms. A person who identified himself as a relative of Stiggers left a phone message with the Daily News on Thursday, but declined to comment when the call was returned today. In June 2009, Stiggers registered a limited liability company called Stiggers Tax Services with the Georgia Secretary of State’s office. It operated at 808 3rd Ave. in West Point until August 2011 when the LLC was administratively dissolved, records from the secretary of state show. Stiggers later rented a business space on Broome Street in downtown LaGrange where she operated a company called Unlimited Tax Service, according to Bobby Yarbrough, the landlord of the office space. Stiggers signed a one-year leasing contract there and Yarbrough said he refused to renew her contract after complaints from neighboring business tenants. Yarbrough said tenants complained of people associated with Unlimited Tax Service being disruptive and strewing litter across the parking lot, among other accusations. She then allegedly moved her business to another retail space on Vernon Road in LaGrange and operated there for about three years, according to a neighboring tenant. In all, Stiggers’ businesses operated under at least three different names: Tax Connection Worldwide, Unlimited Tax Services and Stiggers Tax Service. Only Unlimited Tax Services registered for a city-issued business license, which was not renewed this year, according to city officials. In all, Stiggers’ businesses appear to have moved at least four times in LaGrange: twice on Vernon Road, and once each on Ridley Avenue and Broome Street. Visits by the Daily News to former office spaces leased by companies associated with Stiggers confirmed businesses on Vernon Road and Ridley Avenue were closed. Genesi said the Georgia Department of Revenue’s fraud investigations office had been eyeing Stiggers and Barrett since early 2014. “There was a pattern where she seemed to open up these businesses and then shut them down really quickly,” Genesi said. “We’re looking at all those possibilities, the most active (allegedly fraudulent business) was Tax Connection Worldwide. … We believe she was frequently opening and closing businesses to try to avoid detection by the department of revenue.” The Daily News has confirmed that Stiggers also operated tax preparation services in Manchester, West Point and Alabama. The Manchester office was also raided by authorities on Thursday, Genesi said. In all, Stiggers is charged with felony theft, computer forgery, forgery in the first degree, felony theft by deception and identity fraud. Authorities are asking anyone who believes they may be a victim of fraud to contact the Georgia Department of Revenue at 404-417-2344.