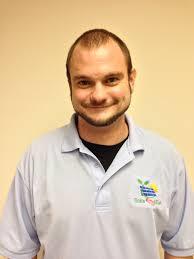 GREENVILLE — Investigators with the Meriwether County Sheriff’s Office have determined that a man whose body was found Monday had been shot.

Investigators said Friday that Kenneth Michael Spice, 31, of Newnan died from an apparent gun shot wound. The sheriff’s office is investigating it as a homicide.

“This determination (that it is a homicide) being made as a result of our crime scene investigation and the forensic results from the GBI Crime Lab,” Meriwether County Sheriff Chuck Smith said in a written statement.

When found, Spice had on the clothes he was last seen wearing, which included blue work pants, a blue T-shirt with “Yamaha Motors” written on it and tan work boots, said Col. Byron Hadley, sheriff’s chief deputy.

The GBI Crime Lab confirmed Spice’s identity Thursday. Deputies said Spice was reported missing to the Coweta County Sheriff’s Office on Tuesday by a relative. Family members told officials they had not heard from Spice since June 10.

A homeowner in the 100 block of Primrose Circle located Spice’s body, which was partially decomposed, Monday while checking his property. During a search Wednesday, law enforcement located his Ford F-150 concealed in some underbrush near the intersection of Primrose Circle and Todd Road.